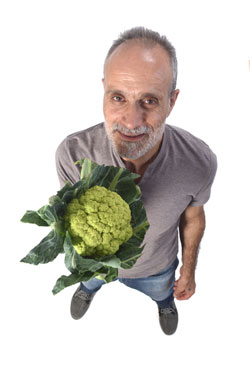 Mainstream medicine is clueless when it comes to Alzheimer’s.

Conventional doctors don’t know what causes it and they don’t know how to prevent it. They don’t have any treatments that can stop it, or even slow it down.

Big Pharma has several Alzheimer’s drugs on the market. All they do is treat some of the symptoms. And they don’t even do that very well. They do nothing to change the course of the illness.

But new research finally offers hope. It shows there’s a natural way to cut your Alzheimer’s risk in half.

The study was published online in the journal Neurology. Researchers looked at 921 people with an average age of 81. None had Alzheimer’s when the study started.[i]

Scientists documented what the subjects ate and how much they exercised. They also tracked how much time they spent doing mentally engaging things such as reading or playing games.

They followed the participants for about six years. During that time, 220 subjects developed Alzheimer’s.

The researchers found that people who ate the greatest amount of flavonols were 48% less likely to develop Alzheimer’s.

Flavonols are compounds found in plants. They are powerful antioxidants that fight the diseases of aging. They improve blood vessel function and reduce inflammation.

Dr. Thomas M. Holland was the study author. He said that eating more fruits and vegetables and drinking more tea, which are all high in flavonols, “could be an inexpensive way for people to help stave off” Alzheimer’s.[ii]

The researchers broke down the flavonols into several types. The three that had the strongest effect on Alzheimer’s were: kaempferol, isorhamnetin, and myricetin.

To get these specific flavonols, consume a serving or two a day of one or more of these foods:

Mainstream medicine and Big Pharma have little or nothing to offer in helping you avoid Alzheimer’s. But simply eating the right foods can keep you mentally sharp as you get older.

Editor’s Note: Where are my keys? Why did I come into this room? What is my nephew’s name? Read our monthly journal Independent Healing to learn if these mental lapses are normal or signs of Alzheimer’s. And discover how to get back your youthful memory. Subscribe HERE.

How to Stop Feeding Your Alzheimer’s Risk

Why Brushing Your Teeth Could Save You From Alzheimer’s