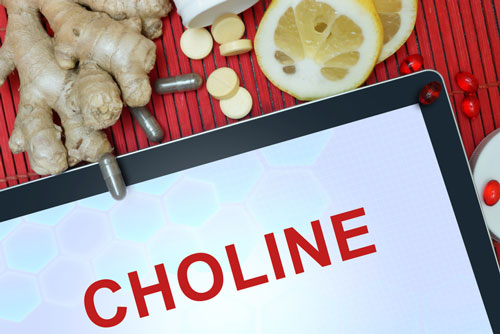 Mainstream medicine has no answers for Alzheimer’s.

Five different prescription drugs have been approved to treat the disease. But they are virtually useless. They don’t do anything to stop—or even slow down—the disease. At best, all they do is temporarily make the symptoms less severe.[1]

Conventional doctors don’t have the first clue, short of telling you to avoid getting concussions.

This is why a new study is so important.

It shows that a natural nutrient supplement may be the first proven way to prevent Alzheimer’s.

The research was done at the ASU-Banner Neurodegenerative Disease Research Center.[2]

They gave mice bred to have Alzheimer’s high doses of choline. The animals had improved spatial memory compared to those that consumed normal levels of choline.

The researchers said that choline reduced microglia in the brain. Normally, microglia serve a beneficial function. They are immune cells that clear away dead neurons and cellular debris. But in dementia patients, they are overactive, causing brain inflammation and killing neurons.[3]

Choline also blocks production of beta-amyloid. This protein causes brain plaque and is a marker for Alzheimer’s.

Choline is an essential nutrient that was unknown until fairly recently. It was discovered in 1998.[4]

Although your body produces some choline in your liver, you need to get choline from your diet to avoid a deficiency.

Choline plays an important part in many processes in your body, including:

Cell structure: It is needed to make fats that support the structural integrity of cell membranes.

Cell messaging: It is involved in the production of compounds that act as cell messengers.

Fat transport and metabolism: It is essential for making a substance required for removing cholesterol from your liver. Inadequate choline may result in fatty liver disease.

Taking supplements may be the best way to get the choline you need. But not all choline supplements are created equal. Studies show that CDP choline and alpha GPC choline are the forms that are best absorbed. Both are readily available from nutrition stores and online retailers. [6]

Take 500 mg per day or as directed on the supplement label.[7]

Mainstream doctors are virtually powerless against Alzheimer’s. But choline may succeed where conventional medicine has failed. It shows promise as a natural solution to one of the most feared health conditions we face as we get older.

Editor’s Note: Veganism leads to choline deficiency. Discover the bad science behind the meatless movement…and why giving up animal foods won’t make you healthier or help the environment.

Read the latest issue of Independent Healing, the monthly journal that brings you unbiased, science-based health advice. Go HERE to find out more.

Do This for 2 Minutes to Slash Your Alzheimer’s Risk

Why Brushing Your Teeth Could Save You From Alzheimer’s

Researchers Discover This Antioxidant can Stop Alzheimer’s in Its Tracks