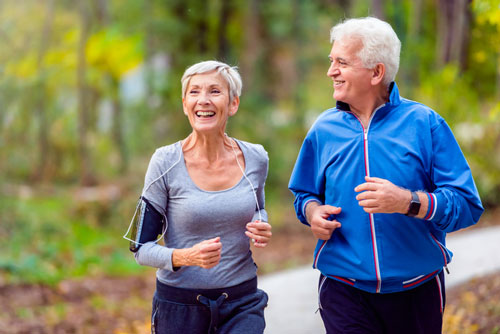 Athletes know that a vigorous workout can lead to “runner’s high.” This is a feeling of euphoria you get when exercise-activated brain chemicals boost your mood.

But new research shows that exercise produces another hormone. It may have more profound effects than endorphins. It improves memory and may protect against Alzheimer’s disease.

It’s called irisin.  Our bodies release it into the bloodstream when we’re active. It seems to play a role in energy metabolism. But researchers have found it also promotes the growth of neurons in the hippocampus. That’s a region of the brain responsible for memory and learning.

Dr. Ottavio Arancio is a researcher at Columbia University’s Vagelos College of Physicians and Surgeons and the Taub Institute for Research on Alzheimer’s Disease and the Aging Brain. He co-led the new study.[1]

Dr. Arancio said research on irisin “may help explain why physical activity improves memory.” It may also point to why exercise “seems to play a protective role in brain disorders such as Alzheimer’s disease.”[2]

The study was done in three parts:

When they gave the mice a drug that blocked irisin, the rodents no longer gained any brain benefit from exercise.

“I would certainly encourage everyone to exercise, to promote brain function and overall health,” said Dr. Arancio.

3 Ways to Boost Your Irisin Levels

There is not yet an irisin supplement on the market, although scientists are working on it. But there are other ways to increase your levels of this important hormone…[3] [4]

1. Do high-intensity interval training (HIIT). Research shows that this type of exercise does the best job of boosting irisin.

The basic formula for HIIT is simple. Just warm up for three to five minutes, doing whatever form of cardio you like best…jogging, swimming, biking, etc. Then go hard at an all-out pace for the next 30 to 60 seconds. Then slow down for a minute or two to catch your breath. Repeat this process five to seven times. Then cool down for at least two minutes. It only takes about 15 minutes total.

3. Don’t avoid the cold. Research has found that shivering due to being cold raises irisin almost as much as exercise does. You don’t have freeze yourself. But simply spending a few minutes under a cold shower or swimming in cool water can increase your levels.