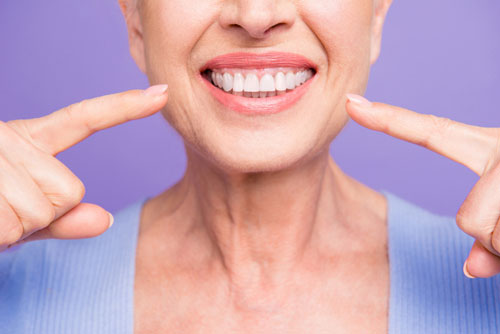 They haven’t been able to find what causes it.

Some studies point to genetics. Others say it may be due to brain injuries or even viruses.

Now, a new paper published in the journal Science Advances shows that Alzheimer’s may come from a completely unexpected source.[i]

Scientists took samples of saliva, spinal fluid, and brain tissue from dead and living people. All the subjects had been either diagnosed with Alzheimer’s or were suspected of having it.

The researchers found that the patients’ brains had the bacterium Porphyromonas gingivalis. It is involved in gum disease.

And the scientists also found that the bacteria travel from the mouth to the brain, secreting a toxic protein that destroys brain cells.

This isn’t the first time gum disease has been linked to Alzheimer’s.

In 2018, a team of Taiwanese researchers analyzed medical data from thousands of people with and without chronic periodontitis. It’s a form of gum disease.

They found that people who have periodontitis for 10 years or longer have a 70% higher chance of getting Alzheimer’s.[ii]

Another study was published in the journal PLOS One in 2016. The subjects were 59 people with mild to moderate dementia. The patients were checked for gum disease. Twenty-two of them had it.

Dementia in these subjects progressed six times faster than in those who didn’t have gum disease.[iii]

Brushing and flossing are two of the best ways to prevent Alzheimer’s.

And there’s something else you can do…

Thousands of people have already done it… They found a way to reverse cognitive decline. They felt their memory slipping away. But they used a simple brain-building program to regain the mental sharpness they had when they were young.

Learn about it in Independent Healing, your trusted source for science-backed health advice. Go here to find out more.

Researchers Discover This Antioxidant can Stop Alzheimer’s in Its Tracks
Is Your Alzheimer’s Risk in Your Blood?Protect Your Brain from Alzheimer’s with the Sunshine Vitamin