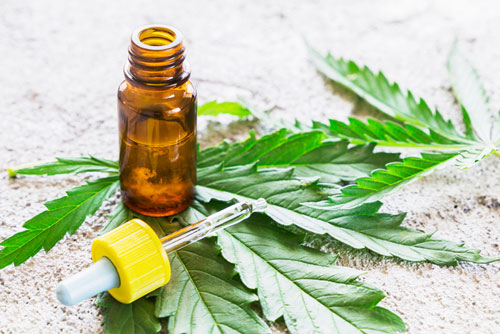 Cannabis offers great promise in improving health. But the marketing hype has outpaced the scientific evidence for its effectiveness, according to cancer researcher Dr. David Grimes.

He says that cannabis is effective in helping his patients deal with nausea from chemotherapy. And it works for other, more common conditions as well. “But the reality is that many of the health claims made about cannabis are wrong-headed and devoid of evidence,” Dr. Grimes said.[1]

We have reviewed nearly 200 clinical studies on cannabis and its non-psychoactive extract, cannabidiol (CBD) published in major medical journals. They provide a clearer picture of which ailments respond to cannabis and which don’t.

Here are five conditions that cannabis and/or CBD can effectively treat. For much more, read the February issue of Independent Healing  for in-depth coverage of this topic.

1. Rheumatoid arthritis: A study published in the journal Rheumatology split RA patients into two groups. One took Sativex. It’s a cannabis medication that contains CBD and THC. THC is the component in cannabis that makes you high. Sativex is approved in Canada and Europe, but not in the U.S. The other group took a placebo.[i]

After five weeks, researchers found that those taking cannabis had “significant improvements in pain on movement, pain at rest, and quality of sleep.” The placebo group did not improve.

A 2016 study tested CBD gel on lab rats bred to have rheumatoid arthritis. It found that CBD reduced joint pain and inflammation without side effects.[ii]

2. High blood pressure: A 2017 study published in the journal JCI Insight looked at how CBD affects blood pressure in men. The study gave half the subjects CBD and the other half a placebo.

The CBD group saw their systolic (the upper number) decrease by 6 mm/Hg. They also had milder blood pressure spikes in response to stress. The placebo group’s blood pressure readings did not change.

3. Depression and anxiety: A 2018 study published in the Journal of Affective Disorders tested medical cannabis in 3,151 patients suffering from depression and 5,085 patients with anxiety.[iv]

Subjects’ self-reported levels of depression improved by an average of 50% after smoking cannabis. Subjects suffering from anxiety had a 58% improvement. Researchers reported that two puffs of cannabis were sufficient to reduce depression and anxiety.

CBD has also proven effective against epilepsy. The epilepsy medication Epidiolex is the only FDA-approved CBD product.[vii]

The subjects used marijuana at least once a day. Patients went from an average of 10.6 migraines a month to 4.6. About 12% of the patients said that when they felt a migraine coming on, using cannabis would stop it.

A 2017 study presented to the Congress of the European Academy of Neurology tested cannabis against amitriptyline. It’s a prescription antidepressant drug commonly used to treat migraines.

Migraine sufferers were randomly given either a daily dose of marijuana or amitriptyline for three months. Both groups had about 40% fewer headaches. But the marijuana users reported an additional benefit that the prescription drug did not provide… When they did get headaches, they were less intense.[ix]

Editor’s Note: How can CBD or cannabis help your health?

You won’t get the answers in the mainstream media… Read the February issue of Independent Healing… It’s your best source for evidence-based, non-biased medical information. To get your subscription, go HERE.