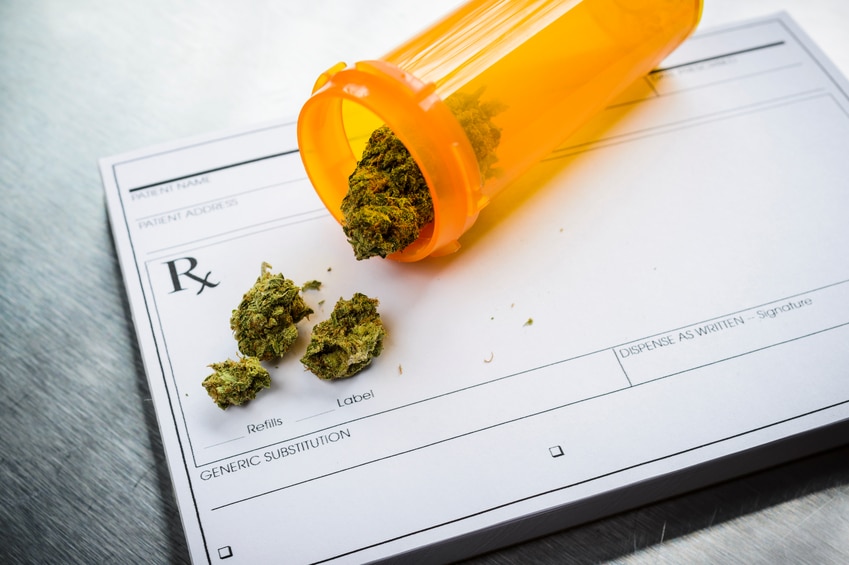 They kill 18,000 Americans a year… They cause more fatal overdoses than heroin and cocaine combined… Prescription opioid painkillers are behind the biggest addiction epidemic in U.S. history.1

And what is Big Pharma doing to stop it? Absolutely nothing.

In fact, a shocking new report shows they are doing everything they can to keep it going.

One of their strategies is to secretly fund the war on medical marijuana.2Legal cannabis is a major threat to the huge profits they make from OxyContin, Vicodin, and other dangerous opioids.

Until the 1930s, Americans could buy remedies containing medical marijuana at their local pharmacy.7 But Big Pharma stepped in to put an end to that. They foresaw billions of dollars in profits evaporating if cannabis gained traction as a safer medical alternative.

Now they have found an unlikely ally in their effort to keep pumping Americans full of opioids. They are funding well-known anti-drug foundations to get them to oppose medical marijuana.

Purdue Pharma, which has cleared $27 billion in revenue from sales of OxyContin since 1996, spends millions supporting these groups. So does Abbot Laboratories. They make Vicodin.

The CADCA also gets big bucks from Janssen Pharmaceutical (a Johnson & Johnson subsidiary) that produces the painkiller Nucynta. Pfizer, which manufactures several opioid products, is also a donor.

And now a company called Alkermes has jumped into the act. They make a controversial new painkiller called Zohydro. It’s 10 times stronger than OxyContin.

Think about the insanity of this situation… The companies selling the drugs causing America’s deadly addiction epidemic are the biggest donors to anti-drug foundations.

The result? The anti-drug groups now rail against marijuana and are soft on any legislation limiting opioids.

In 2012, both the Partnership for a Drug-Free Kids and the CADCA backed Purdue Pharma in opposing a labeling change for opioids. It would have made it clear the drugs should be used only for “severe pain.”

Both groups refuse to back pending legislation to fight the opioid addiction epidemic. This includes the Stop Oxy Abuse Act. It would limit prescribing of OxyContin. (It would also make hydrocodone products, like Vicodin and Lortab, more difficult to prescribe).

And they have refused to endorse measures to take the super-powerful new painkiller Zohydro off the market.9

The foundations are in lockstep with Big Pharma in swatting down medical marijuana. In May, CADCA opposed an amendment in Congress that would block the U.S. Drug Enforcement Agency from raiding states’ legal medical marijuana operations.

In March, both groups urged government officials to keep marijuana listed as a Schedule I drug. This designation indicates it has no medical use and is among the most dangerous drugs. It’s the same category as LSD and heroin.

The news gets even worse… Besides Big Pharma, do you know who else funds efforts by the CADCA and Partnership for Drug-Free Kids to keep cannabis illegal and opioids flowing?

You do. The two groups get millions of dollars in federal grants each year.

This situation is a dream come true for Big Pharma. They are able to hide behind anti-drug groups, attack medical marijuana, and sweep the opioid epidemic under the rug.10

But marijuana isn’t the only natural alternative to potentially devastating prescription drugs. We list others in our special report, The Top 10 Dangerous Pharmaceutical Drugs—And Their Natural Alternatives.

It’s an important read for you and your family. There’s a good chance someone you love is endangering his or her life. And they may have no clue.