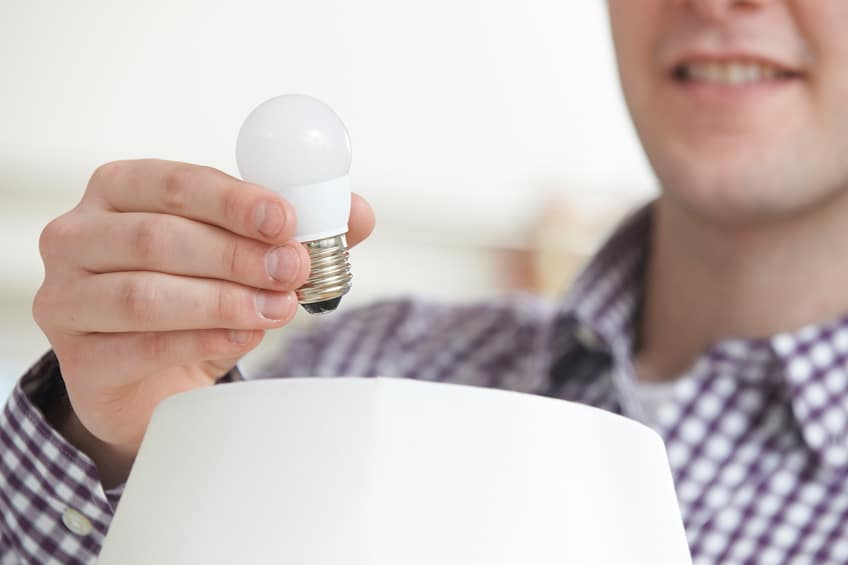 When science introduced LED lighting to the world, energy experts and the public were ecstatic.

LEDs (light emitting diodes) use one-tenth the electricity of regular incandescent bulbs and half the power of fluorescents. They last for decades before burning out. And over the life of a single bulb, they save consumers $100.1

Governments quickly embraced the new technology. LEDs are now in wide use for street and outdoor public lighting. Today, nearly 13% of outdoor lighting across America is LED.2

LED lighting even damages plants. The AMA says it affects the growth of trees and other vegetation. Mario Motto is coauthor of the AMA report. He is past president of the Massachusetts Medical Society. “These lights aren’t just bad for us, they’re bad for the environment,” he said.

Blue light has a far greater impact on your body than other parts of the light spectrum. When you are exposed at night, it disrupts your natural circadian rhythm. It depresses your production of melatonin, your body’s sleep-promoting hormone. Over time, this can have a disastrous effect on your health, experts say.

And it doesn’t matter if you are exposed to LEDs outdoors or inside your home. Indoor LED lights, smartphones, computer screens, e-readers, and tablets all emit blue light.

A recent Harvard Medical School study found that using a tablet e-reader not only affects how long it takes you to fall asleep, but leads to poor-quality sleep. Tablet users woke up groggy the next morning.

The researchers pointed out that chronic suppression of melatonin and sleep deficiency are linked to a myriad of serious health problems. They include heart disease, diabetes, and obesity. Not to mention breast, colorectal, and prostate cancers.5

Dr. Charles Czeisler is director of the Division of Sleep Medicine at Harvard Medical School. “What we showed is that reading from light-emitting e-reader devices has profound biological effects,” he said.

LEDs are everywhere. It’s almost impossible to avoid them entirely. But there are simple steps you can take to limit your risk.6

There’s one other thing you can do. As the health dangers of LEDs become more evident, some cities are fighting back. Encourage public officials in your community not to use high-intensity LEDs for outdoor lighting.

Due to public complaints, New York City has already begun switching street lights to a lower-intensity version of LEDs with less blue light. The cities of Gloucester, Mass., and Lake Worth, Fla., recently rejected blue light LEDs for public areas.