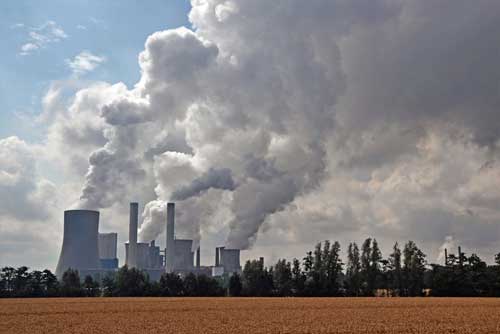 It kills more than 88,000 Americans a year. That’s more than double the number of people who die in car accidents every year.

It’s more than the death toll from melanoma, and prostate, bladder, kidney, and liver cancers combined.

You’d think people would be angry, scared, or at least concerned.

But few even know about it.

The killer is air pollution in the form of fine particulate matter. These toxic microscopic particles float invisibly in the air we breathe. They come mainly from the burning of fossil fuels, including car exhaust.

Inhaling fine particulate matter has serious health consequences. They significantly raise the risk of having a heart attack.[1]

But new research by the University of Michigan shows how you can protect yourself.[2]

It was a randomized, double-blind study with 40 participants. All were seniors and nonsmokers.

Most of us spend the vast majority of our time inside buildings. So the researchers were interested in the effects of air pollution on the subjects while they were indoors.

Each participant lived for three days with portable air filters. One unit was placed in their bedroom and another in their living room. The subjects were divided into three groups.

One group was given air-filtration systems without filters. So there was no effect on air quality. This was the control group.

The second group was given low-efficiency air purifiers.

The subjects wore monitors that gauged their level of air pollution exposure. And their blood pressure readings were measured each day.

Not surprisingly, the control group was exposed to the most air pollution. And their blood pressure readings did not change.

The subjects in the groups with functioning air purifiers saw their systolic (the upper number) blood pressure readings drop by 3.4 points on average.

The reductions were even better for obese subjects. They saw their systolic numbers drop by six to 10 points.

High-efficiency purifiers removed more pollution from the air than low-efficiency devices. But blood pressure changes were about the same with either system.

It’s important to note that this study occurred in an area where air pollution levels were considered acceptable. It shows there is a health benefit to improving air quality even in areas without much air pollution.

You don’t need to spend a fortune on an expensive air purifier to protect yourself from fine particulate matter. You can get quality units for less than $100.

The devices used in the study, Holmes Tower Air Purifiers, are available on Amazon for about $85.

It’s a small investment that could save you from a lethal—but invisible—health threat.

Shut the Windows, Crank the AC for the Healthiest Commute