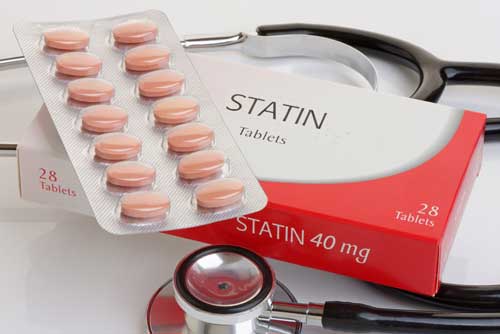 When it comes to body fat, there’s one thing most of can agree on: We want less of it.

But in recent years, researchers have discovered something surprising about one type of body fat. Doctors call it brown adipose tissue. The common name is brown fat.

Unlike regular white fat, it’s good for you.

It generates heat to regulate your body temperature. More importantly, it speeds up your metabolism, so you burn more calories. This helps keep you thin.

But a new study shows that one of America’s most prescribed drugs robs you of brown fat.[1]

The discovery was made by an international group of researchers. They were led by Professor Christian Wolfrum of ETH Zurich, a university in Zurich, Switzerland. They found that statins reduce brown fat.[2]

The researchers looked at scans of 8,500 patients at the University Hospital Zurich. They found that patients not taking statins were six times more likely to have significant amounts of brown fat than those who were on the cholesterol drugs.

They backed up the findings with a separate clinical study looking at hospital patients. It also showed that statins reduce brown fat.

Professor Wolfrum has been studying brown fat for many years. He and his colleagues had previously researched how unhealthy white fat becomes healthy brown fat. They discovered the biochemical process for that transformation produces cholesterol.

Statins, which lower cholesterol, may inhibit this process.

Statins are supposed to reduce heart disease risk by lowering LDL, so-called “bad” cholesterol. But a growing body of evidence shows they are not effective and have serious side effects.

So talk to your doctor about whether you might be able to stop taking these drugs in light of the new studies.

In the meantime, everybody, whether they take statins or not, can benefit from more brown fat and activating the brown fat they already have.

Here’s how to do it…

We have much more white fat than brown. Brown fat is found in the sides of the neck, the collarbone area, along the spine, and in the shoulders and upper arms.[3]

There are two types. The kind we’re born with is “constitutive” brown fat. The other kind is called “recruitable.” It is white fat that can be “recruited” to become brown under the right circumstances, such as when you…[4]

Editor’s Note: As with statins, more and more research is revealing the frightening side effects of many popular medications. We list some of the worst in our special report, The Top 10 Dangerous Pharmaceutical Drugs—And Their Natural Alternatives. It’s an important read for you and your family.