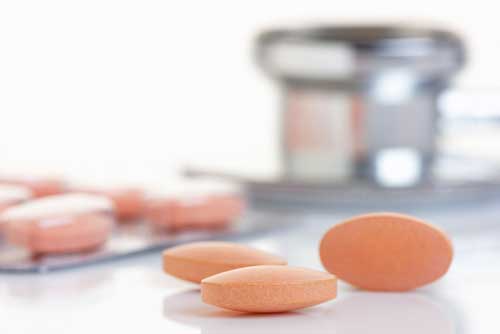 The number of people taking statin medications has soared by 50% in just the last 15 years. Today, nearly a third of Americans over 40 are taking one or more of these cholesterol-lowering drugs.1

What effect has that had on reducing cardiovascular disease in America?

Absolutely none, according to new research.

A recent UCLA study finds that over the last 25 years, despite Americans loading up on statins, the nation’s heart health has gone from bad…to worse.2

Researchers tracked the cardiovascular health of more than 41,000 American adults for 25 years. The data was drawn from the U.S. National Health and Nutrition Examination Surveys conducted between 1988 and 2014.

Participants had no history of heart disease at the beginning of the study.

The study broke down heart health by ethnicity and age… And at first glance, the researchers believed that their data offered some good news. A long-standing gap in heart health between white and black Americans had narrowed.

But when they looked closer, they discovered it wasn’t because black Americans had improved. It was because white Americans had gotten worse.

The numbers were particularly bad among young people between 25 and 44. A growing number of young Americans were getting heart disease and having heart attacks.

The study found that during the 25-year study:3

The study recently was published in the Annals of Internal Medicine.4

Big Pharma relentlessly pushes statins on the American public. They spend $5 billion a year on advertising, $3.5 billion on payments to doctors, and $350 million lobbying politicians.5

But a study last year showed that the drugs can lead to premature death…from heart disease.

Researchers from the New York University School of Medicine found that seniors with high blood pressure who were taking statins had up to a 30% greater chance of dying from a heart attack than those not taking statins.6

Statins increase calcification in your arteries and rob your heart of CoQ10, a nutrient that keeps it strong.

Researchers from the University of Queensland in Australia found that women face a 33% higher chance of developing Type 2 diabetes after age 75 if they had been prescribed statins for five or more years.7

And if they were on a high dose of the drugs, the risk rose to more than 50%.

Statins also are linked to memory loss and Alzheimer’s.

There are safe, natural drug-free alternatives to improve your cardiovascular health:8

What’s the best exercise for your heart?

The basic formula for HIIT is simple. Warm up for three to five minutes…then go hard for the next minute, longer if you can. Then slow to catch your breath for the next minute or two. Repeat this process five to seven times. Cool down for at least two minutes.

You can apply the HIIT principal to just about any type of cardio exercise. A treadmill, bike, elliptical machine, stair climber, rowing machine, and swimming all work well.

Editor’s Note: Some brave doctors are finally telling the truth about what really causes—and treats—heart disease. Like the natural supplement a Mayo Clinic professor prescribes to all his heart patients…and the nutrient from fruit that has been shown to lower cholesterol safer than a well-known prescription drug.