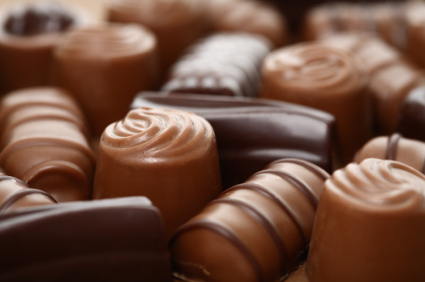 And just in the nick of time… You don’t have to feel guilty about enjoying dessert this holiday season. One popular (and delicious) holiday treat may help improve your brain. In fact, it actually boosts your brain function.

Past studies have shown how this delicious food can fight heart disease and even cancer.1 But now new studies are showing it also keeps you mentally fit.

Italian researchers published a recent study in the journal Hypertension.2 For the study they tested this food on 90 elderly patients. The patients already had signs of mild cognitive impairment.

The researchers split the subjects into three groups. One group drank 990 mg of this food in liquid form daily. Another group drank 520 mg. And the third group consumed 45 mg of the liquid.

After eight weeks the subjects took tests to examine their cognitive function.

The subjects who consumed the most of this drink had significantly higher cognitive scores. They had better hand-eye coordination and verbal memory. And they performed better at task switching than those who consumed the least amount of the food.

So what is this brain food?

Chocolate. But not just any chocolate… dark chocolate.

A food that is craved by so many actually helps our memory.

Chocolate is loaded with flavonols. It’s also high in magnesium, vitamins A, B1, B2, D, and E.3 Its powerhouse of antioxidants help fight off free radicals. That keeps our bodies healthy and strong.

You read it. Doctor’s orders… we can enjoy the rich, creamy treat without feeling guilty.

But how exactly does chocolate help our brain?

The flavonols improve blood flow to the brain. That in turn boosts your memory and alertness.

Researchers from the University of Nottingham in England discovered chocolate’s capabilities in a study using MRI’s.4 For their study they had subjects drink cocoa as well. They then performed MRI scans to test specific parts of the brain.

After consuming the cocoa, subjects had better blood flow in key areas of the brain for up to three hours. From the scans researchers saw that blood vessels were dilating, allowing more oxygen to enter the brain.

Researchers stated that cocoa’s ability to increase blood flow could be a potential treatment for vascular impairment such as dementia.

Chocolate as medicine? Sounds almost too good to be true.

This doesn’t mean you can load up on candy or chocolate cake. Dark chocolate contains the highest levels of the brain boosting flavonols. And a little bit goes a long way.

Of course, go organic and make sure it doesn’t contain a ton of sugar. The chocolate should contain at least 70 percent cocoa. You’re not going to find that in most candy bars so be smart about your choices. A few pieces of this dark, sweet delicacy may just keep you living and thinking longer.