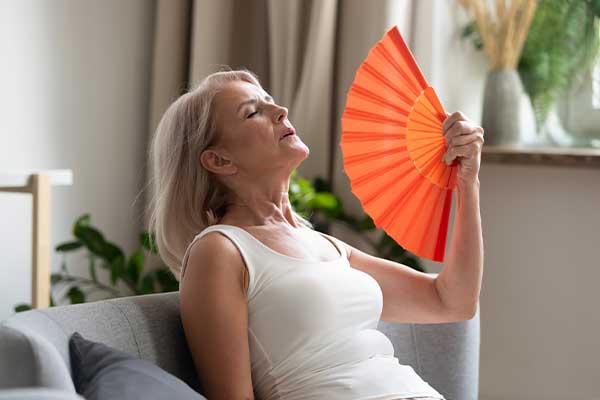 Menopause can be miserable.

But it turns out there is a way to delay the “change of life” for years. And you can do it naturally, without hormone treatments or drugs, a major study finds.

Researchers at the University of Leeds compiled data on 14,000 women. They were part of a multi-decade ongoing national health study in England.i

The subjects provided information on their weight, physical activity, reproductive history, and use of hormone replacement therapy. They also filled out extensive questionnaires on what they ate.ii

The researchers found that the average age of menopause was 51. But they discovered that women who ate two foods were years older when they went through menopause:

Women who ate both oily fish and legumes daily pushed back menopause by an average of three years and four months.

The study also found that women who ate meat had slightly later menopauses than vegetarians, although the study did not quantify how much later.

On the other hand, refined carbs and processed foods boost ROS and insulin resistance. This interferes with hormone activity and depletes a woman’s egg supply, accelerating menopause.

In vegetarians, the lack of animal fat reduces their estrogen levels, the researchers said.iv

Eat This Kind of Fish to Fight Off Menopause

Oily fish like salmon and sardines are not only good for hormone health. They are great for your heart and brain, too.

But not all oily fish are created equal. They all contain high levels of healthy omega-3 fatty acids. But some have mercury and other harmful pollutants.

Avoid farmed fish. They can be loaded with antibiotics and PCBs. The one exception is arctic char. It is known as iwana at sushi restaurants. It is typically farmed in Canada and Iceland without antibiotics or chemicals.v

Other excellent choices include:

Eating plenty of oily fish and legumes is the natural way women can turn back time and keep menopause at bay.

Editor’s Note: Discover the Nobel Prize-winning anti-aging breakthrough that promises to help you live longer and be fitter than you ever thought possible. Get all the details in our monthly journal, Independent Healing. Click HERE.

7 Surprising Signs of a Hormone Imbalance

The “Bad” Habit That Helps You Live Past 90