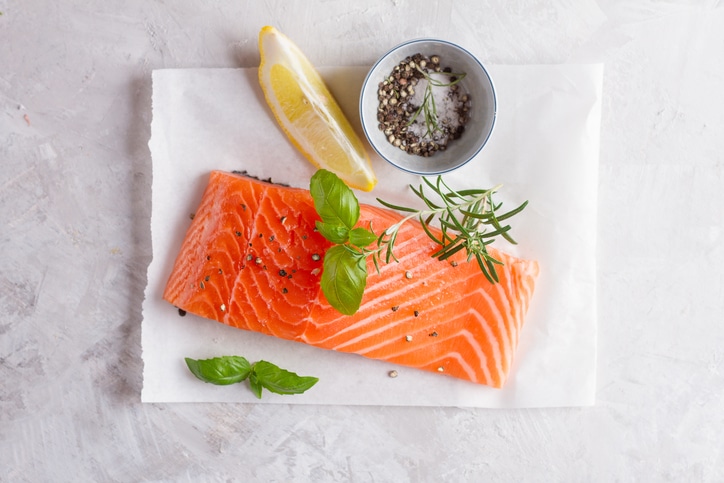 For centuries, fish has been known as “brain food.” Now, an ongoing research project shows there is a scientific basis for this folklore.

Scientists at Rush University in Chicago have been studying the effects of seafood on the brain for over a decade. As part of the Rush Memory and Aging Project, they have been closely tracking 915 seniors since 1997.1

The researchers divided the participants into two groups. One group rarely ate seafood…less than once a week. The second group ate seafood once a week or more.

Every year, scientists tested each participant’s cognitive ability. When participants died, autopsies were performed to determine if they had Alzheimer’s or other brain abnormalities.

Seniors eating fish at least once a week had 10% slower memory loss than those who ate less seafood. Participants who ate fish two or more times a week saw even greater benefits. They slowed their memory loss by 13%.2

Eating seafood was also found to protect against Alzheimer’s. By eating fish once a week, subjects with a strong genetic risk for Alzheimer’s lowered their risk by 12.5%.3,4

Recommended for You: Fight Alzheimer’s From Your Kitchen

A fruit juice that eases Alzheimer’s symptoms in just 30 days… A grocery store treatment that’s reversed much of the disease’s damage in patients… Fact is, your kitchen could be a genuine Alzheimer’s clinic. Just ask Rose’s daughter and nurses. Rose had late stage AD. But instead of turning to drugs, her daughter found an exotic spice.  And you have to see what happened next…

How Does Fish Protect Your Brain?

Martha Clare Morris is a senior researcher on the decade-long study. She says scientists don’t know for sure how seafood protects your brain. But they theorize that fish may replace the fatty acids we lose as we age.5

“As we age, we lose DHA in the brain,” Morris said. DHA stands for docosahexaenoic acid. It’s an omega-3 fatty acid that is a primary structural component of the brain. The best dietary source of DHA is fish.6

Not all fish is created equal. Some varieties carry health risks due to antibiotics, mercury, and chemical residues. Here are the top five types of seafood to avoid:

Other fish to avoid due to mercury content are king mackerel, orange roughy, shark, and tilefish. Steer clear of farmed eel. It often contains both polychlorinated biphenyls (PCBs) and mercury.

The best fish are those low in mercury and other chemicals, but high in healthy omega-3 fatty acids.

If you want to stay mentally sharp as you get older, there’s something else you should know…

Researchers in Wisconsin revealed they found a way to reverse up to 20 years of aging in just 6 months. Go here to discover all the details.