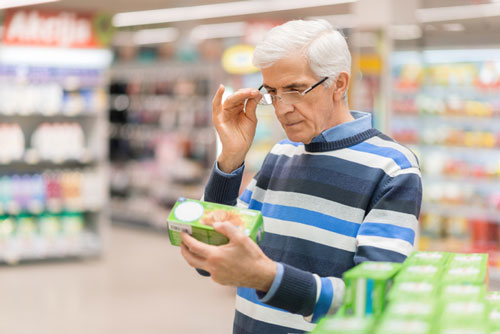 Some people seem impervious to the flu. They never get it, even if they don’t get the flu shot.

For others, it’s the opposite. They get the flu despite getting the vaccine.

For years, this variability has been blamed on the unreliability of the flu shot. But a new study shows that another factor may be in play.

It found that a common food additive may stop the flu shot from working. And people who eat more of it may be more prone to the flu.

Researchers from Michigan State University fed a food preservative called tert-butylhydroquinone (tBHQ) to mice. They then infected the mice with various flu strains.[1]

The scientists found that tBHQ interferes with the T cells that fight infections, including flu.

Animals that ate tBHQ had fewer T cells that identify and kill the flu virus.

Researcher Robert Freeborn was one of the study leaders. The tBHQ mice had “widespread inflammation and mucus production in their lungs,” he said.[3]

The flu shot works by amping up the immune system’s response to the flu virus. But tBHQ suppresses that response. Therefore, researchers believe the additive “can cause the vaccine to be less effective.”

Never Buy Foods With This on the Label

Stay away from tBHQ, especially during the flu season. Besides it’s immune effects, it has been found to cause cancer in lab animals. The additive is banned in Japan and other countries.[4]

Check for it on food labels under the following names:[5]

It isn’t always listed on labels. The best way to stay healthy is to avoid processed foods altogether… But you probably already knew that.

Editor’s Note: Are you prone to getting colds and the flu? Find out how to help your body fight off infectious disease with Independent Healing’s Innate Immunity Protocol. Independent Healing is your best source for unbiased, evidence-based health advice. Go HERE to subscribe.

New Flu Drug: Don’t Believe the Hype
This Flu Folk Remedy Makes You Better Fast
The Food That Makes Your Own Immune System Turn Against You