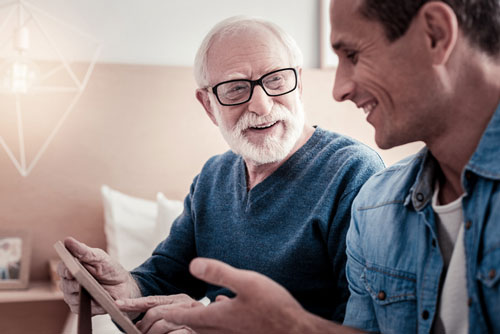 You’ve probably heard this scientific “fact”: You cannot grow new brain cells. Once they die because of injury, disease, or age, brain cells are lost forever.

In 1999, scientists confirmed that adult human neurogenesis is possible. Neurogenesis is the creation of new neurons or brain cells.[1]

This discovery had a profound effect on the field of neurology. For the first time, it was proven that your brain power does not automatically diminish as you grow older. You can build your brain, just like you can make your muscles grow.

And now, new research shows that even extremely elderly people can grow a bigger, stronger brain.

The study was published in the journal Nature Medicine.

Scientists removed slivers of the hippocampus from people who had recently died. That’s an important region of the brain involved in storing memories. It’s one of the brain areas damaged by Alzheimer’s.[2]

The researchers examined the brain tissue under a microscope. They found many examples of hippocampus cells that contained the protein doublecortin.

The presence of doublecortin indicates that the cells were in the early stages of development. In other words, they were new brain cells.

These new cells were found in the brains of people who were as old as 87.

But the brains of people who had died from Alzheimer’s had very few cells with doublecortin. That suggests Alzheimer’s patients lose their ability to create brain cells.

The study shows that under normal, disease-free circumstances, even people of advanced age can develop new neurons in one of the most important regions of the brain.

There are ways you can promote neurogenesis in your brain to become mentally sharper, improve your memory, and stave off Alzheimer’s.

But you won’t find the answers from mainstream doctors. You need Independent Healing’s Brain Builder Protocol. It gives you seven research-backed steps that allow you, in effect, to grow a new brain. To find out more, go HERE.