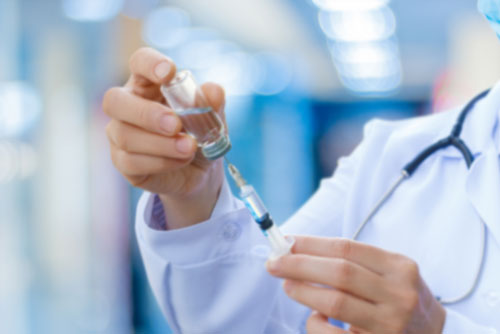 Just in time for the flu season, amid much fanfare, the FDA has approved a new drug to treat the flu. It’s called Xofluza.

The drug maker Genentech says it’s better than Tamiflu, the only other flu drug on the market. That’s because you need just one or two pills. Tamiflu must be taken twice a day for five days.1

Xofluza (baloxavir marboxil) is the first drug in a new class called endonuclease inhibitors. They work by interrupting viral replication. It stops viruses from hijacking your cells to make copies of themselves to spread the infection.

But when you read the fine print, you discover disturbing details about Xofluza.

Unless you take Xofluza within 24 hours of symptoms, it provides minimal, if any, benefits. And that’s almost always impossible.

Most of us can’t tell if we have the flu on the first day of our illness. It could be a cold or even just allergies.

For Xofluza to help, you would have to recognize your symptoms as the flu…get an appointment with a doctor…get the prescription filled…and take the drug…all within 24 hours of first feeling lousy.

Good luck with that.

Even if you manage that improbable feat, Xofluza at best knocks only a little over a day off the length of your illness compared to a flu sufferer who doesn’t take the drug.

And then there’s the matter of side effects. The list is not pretty. It includes:

And since Xofluza is a new drug with no real-world testing, you’re turning yourself into a human guinea pig by taking it.

Tamiflu was on the market for years before serious and bizarre side effects became evident. We told you last year how the drug is linked to psychological problems and even suicide.

There have been documented cases of people suffering severe mental problems after taking Tamiflu.3

One 14-year-old boy climbed onto his family’s condominium balcony and threw himself to his death. Two other people also fell from tall buildings and died.

A Japanese study showed that Tamiflu increased the risk “of abnormal behavior by over 50%.” Authorities immediately restricted its use and required a label insert for Tamiflu that warns about psychiatric dangers.

In 2008, the FDA launched its own investigation.

Its analysis included the case of an 8-year-old boy. After a single dose of Tamiflu, he wouldn’t answer to his name and began growling like an animal.4

In 2008, the FDA followed Japan and required a new warning label on Tamiflu sold in the U.S.

In 2009, British pediatric doctors advised patients to stay away from Tamiflu, saying that the “likely benefits did not outweigh likely risks.”5

Why take chances? Here are five safe, natural ways to fight the flu…

Editor’s Note: There are 31 secrets that build a super-human immune system… And we’ve put them all together for you in our urgent report, Bulletproof Your Immunity: Easy Ways to Protect Your Health.

‘Man Flu’ Is Real, Study Finds
Here’s Why the Flu Shot Is Ineffective
How to Save Yourself When a Family Member Gets the Flu