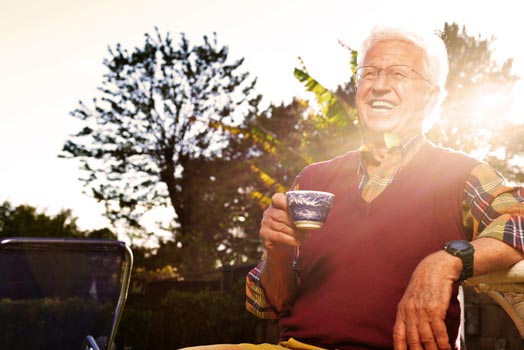 Thanks to its high levels of antioxidants, drinking tea is linked to lower risk of diabetes, heart disease, and cancer.

Now, a new study finds its benefits don’t end there. It found that tea drinkers cut their chances of dementia in half.

And if Alzheimer’s runs in your family, tea is even more protective. People who inherit ApoE4, the so-called “Alzheimer’s gene,” reduce their risk 86% by drinking tea regularly.1

Researchers from the Yon Loo Lin School of Medicine in Singapore followed 957 adults for more than five years. All the subjects were 55 or older.

During the study, 72 of the participants developed some form of cognitive decline. Scientists found that people who drank tea at least once a day had a 50% lower risk of memory problems.

Dr. Feng Lei led the study. He is an assistant professor of psychological medicine at the Yon Loo Lin School of Medicine. “Our findings have important implications for dementia prevention,” said Dr. Lei said.

He noted that currently there is no “effective pharmacological therapy” for dementia. But the new findings show that tea may do what no pharmaceutical drug can: Stop dementia.

This is particularly important for people with a genetic risk for Alzheimer’s. Having one copy of the ApoE4 gene gives you a 25% chance of developing Alzheimer’s. People with two copies of the gene (about 2% of the population) have a nine in 10 chance.

Dr. Lei said tea’s brain-protective effects are “due to the bioactive compounds in tea leaves, such as catechins, theaflavins, thearubigins, and L-theanine.3

“These compounds exhibit anti-inflammatory and antioxidant potential and other bioactive properties that may protect the brain from vascular damage and neurodegeneration,” he said.

And if you are worried about Alzheimer’s, there is something else you should know…

The decades’ worth of research on one natural herb is impressive to say the least. And Big Pharma knows it… They’re trying to turn this extract into a drug. Go here to get all the details.