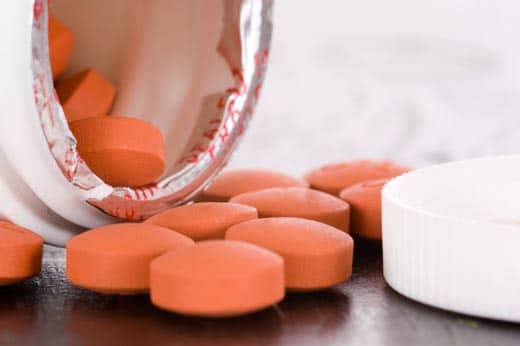 Big Pharma tells us they are “safe, fast, and effective” for relieving temporary aches and fever. They encourage you to take them for everything from headaches and muscle pain to menstrual cramps and arthritis.

But we’ve warned you in the past that ibuprofen and naproxen can lead to heart attacks… Now a major new study shows they are even more dangerous than we thought.

It found that taking ibuprofen for just one day can nearly double your chances of a heart attack.

The researchers used medical databases to compare NSAID users and non-users with their incidence of heart attack.1

They found that taking ibuprofen for between one to seven days raises heart attack risk 97%. And taking naproxen raises it 99%.2

Epidemiologist Michèle Bally led the study. She said: “This study reveals a new finding, which is that for all common NSAIDs the risk of heart attack starts as early as in the first one to seven days of use.”3

She added, “People should consider alternatives when treating aches and pains.”4

The researchers found that taking NSAIDs longer than a week did not appear to increase their heart risk. In other words, after seven days the damage was already done.

The new study only adds to what we already know about the dangers of NSAIDs… They cause up to 16,000 deaths per year in the U.S. They send 100,000 people to the emergency room. And they increase the risk of atrial fibrillation. This is a rapid and weak heartbeat. It can lead directly to a heart attack or stroke.

Not many people bother to read the labels of pain relievers. But if you look at the packaging of ibuprofen, you’ll find these words:

“NSAIDs, except aspirin, increase the risk of heart attack, heart failure, and stroke. These can be fatal. The risk is higher if you use more than directed or for longer than directed.”5

Of course, the type is so small you can barely read it.

If you’re going to use a pain-relieving drug, choose aspirin. It is the safest, although it can cause stomach bleeding. It’s better to consider these natural, safe and effective alternatives:

These natural products allow many people to throw away their NSAIDs…and their worries about giving themselves a heart attack.