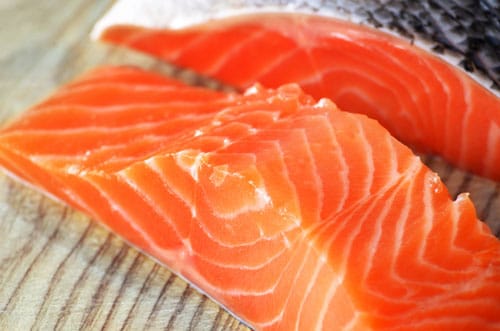 Eating fish tainted with mercury is a major health danger. This heavy metal is toxic to your nervous system, lungs, and kidneys. Mercury has been shown to cause motor dysfunction, brain damage, and even cancer.

And now another deadly disease has been linked to mercury in fish: amyotrophic lateral sclerosis, also known as ALS or Lou Gehrig’s disease—after the famed baseball player who died from it.

It’s a progressive neuromuscular disease that causes motor nerve cells in the brain to degenerate. Patients’ muscles wither. Their brain remains active, but is trapped in a body that is slowly paralyzed. Eventually, they can no longer breathe and they die.1

The disease is most common in people over 60. About 30,000 Americans are battling the dreaded condition.2

Researchers from Dartmouth College surveyed 294 ALS patients and 224 people without the disease to determine how much fish they ate. They also asked what types of fish they ate, and whether the fish was purchased from stores, eaten in restaurants, or caught fresh by the participants.3

The researchers found participants in the top 25% of fish consumption and mercury levels doubled their risk for ALS.

The researchers concluded mercury levels in participants involved “a species- and location-dependent effect.” In other words, not all fish are created equal. Some are loaded with contaminants, such as mercury, antibiotics, and carcinogenic chemicals.

But other fish are generally contaminant-free and have powerful health benefits. Oils and proteins in certain fish have been shown to boost brain and heart function, and help maintain a healthy body weight. The key is to eat the right kind of fish..

Another study found people pre-disposed to developing Alzheimer’s disease lowered their risk by 12.5% by just eating fish once per week.

Other fish to avoid due to mercury content are king mackerel, orange roughy, shark, and tilefish. And steer clear of farmed eel. It often contains both carcinogens and mercury.4

Catching fish in local waters guarantees freshness—not that it will be free of contaminants. Rivers and lakes are often loaded with pollutants. Heed local advisories about mercury and other contaminants before eating fish you or someone you know catches.

The Five Best Fish You Can Eat

The best fish to eat are those low in mercury and other chemicals, but high in healthy omega-3 fatty acids. These include: