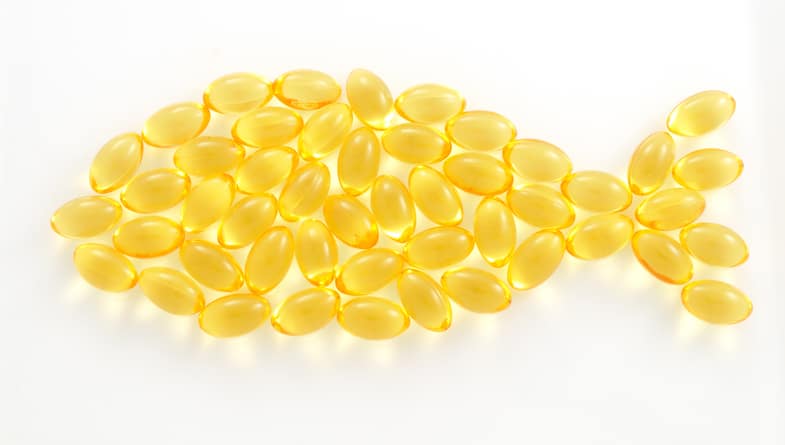 For years, the research has been contradictory. Some studies found the old saying about fish being “brain food” is true. Others showed no benefit.

Now, a major new analysis by the Keck School of Medicine at the University of Southern California provides a definitive answer. And it may have uncovered the reason for the previous conflicting results…

Docosahexaenoic acid, or DHA, is the main omega-3 fatty acid that is important for brain health. When your brain cells have adequate DHA, they work at their best. You have better memory, think more quickly, have sharper vision, and more mental energy.1

USC researchers collected data from 21 studies that included more than 180,000 subjects. They followed participants for up to 21 years.

Scientists found that increasing DHA did not help people who already had some form of Alzheimer’s. However, it did help prevent the disease in people who had not yet shown symptoms.

Specifically, researchers found that DHA, either from eating fish or taking fish oil pills, inhibits Alzheimer’s in people with the ApoE4 gene variant.2

The ApoE4 gene inhibits nutrient absorption in brain cells. Along with old age, it is the biggest risk factor for Alzheimer’s.

About a quarter of the population has one copy of ApoE4. These people have a one in three chance of developing Alzheimer’s.

About 2% of the population has two copies of ApoE4. They have a nine in 10 chance of getting Alzheimer’s.

The study review found that eating just one serving of fish a week cuts the risk of developing Alzheimer’s by between a third and a half in people with one or two copies of ApoE4. Taking fish oil pills had a similar effect.

However, if a patient already has Alzheimer’s, eating fish or taking fish oil pills does not reverse or slow the disease, researchers found. That’s why some previous studies may have showed no benefit. It was because they included subjects already suffering from dementia.

The study authors concluded: “High-dose DHA supplementation in ApoE4 carriers before the onset of Alzheimer’s disease dementia can be a promising approach to decrease the incidence of Alzheimer’s.”3

How to Know If You Have the Alzheimer’s Gene

Your doctor can determine if you have the ApoE4 gene with a simple lab test using a saliva or blood sample. Or you can find out through commercial genetic tests, such as 23andMe.4

To add DHA to your diet, eat 8 ounces of fish every week. The best choices are oily, cold-water species such as wild-caught salmon, mackerel, herring, and sardines.

Avoid species that are high in mercury. It’s a potent neurotoxin. Fish that tend to have high levels include swordfish, shark, marlin, orange roughy, and Gulf tilefish.5

If you don’t like fish, other foods that contain omega-3s include nuts, seeds, avocados, organic eggs, and olive oil. Grass-fed beef is another quality source. It is also high in protein, which your brain needs to function at its best. But none of these sources have as much DHA as oily fish.6

A fish oil supplement may be the most reliable way to make sure you get enough DHA. But skip the ones at the drug store. They often have impurities such as mercury and other toxins. Instead, look for a quality supplement at your local health food store or online. Taking 1,000 mg daily could help you avoid Alzheimer’s.

The decades’ worth of research on one natural herb is impressive to say the least… And Big Pharma knows it. They’re trying to turn this extract into a drug. But you can get the safe, natural version now, for just pennies a day. Get all the details HERE.