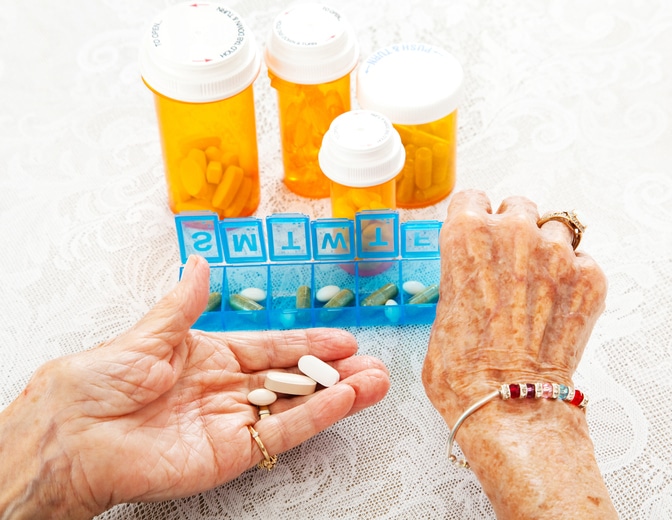 For years, doctors and researchers believed that high blood pressure increases the risk of dementia. It was thought that hypertension damaged blood vessels in the brain.1

But ground-breaking new research has found the opposite may be true: The elderly may need higher blood pressure to stave off brain aging.

An intriguing study at the University of California, Irvine has found that high blood pressure may be your body’s way of preventing dementia.

Researchers spent three years tracking the blood pressure and onset of dementia in 559 people age 90 or older. The group had an average age of 93. About 70% were women, 30% men.

Initially, none of the participants had dementia. But by the end of the study, 224 people—or 40%—were diagnosed with it.

The researchers came to a fascinating conclusion: High blood pressure is associated with healthy brain aging.

Recommended for You: Primitive plant protects your brain’s memory chemical—348% more effective than a placebo

Researchers agree… “Remarkably improves cognition, behavior, and mood of AD patients.” It’s a safe, inexpensive, and natural cure for Alzheimer’s. So why haven’t you heard of it?

Maria Corrada is a professor of neurology and epidemiology at the University of California, Irvine. She is the study’s lead author.

“In this first-of-its-kind study, we find that hypertension is not a risk factor for dementia in people age 90 or over, but is actually associated with reduced dementia risk,” she said.3

Why High Blood Pressure Is Good for Older Brains

The researchers theorize that the body increases blood pressure in the elderly to ensure adequate blood flow to the brain. This is because the cardiovascular system weakens with age.4

As you age, the walls of your arteries become thicker. Some blood vessels die off. Your heart gets weaker. Less blood gets to your brain and other organs. Increased blood pressure is a way to overcome these circulatory issues.5

But if you take blood pressure medication, you are suppressing your body’s natural defense against weaker circulation.

The study was published recently in Alzheimer’s & Dementia: The Journal of the Alzheimer’s Association.

Almost half of men and 61% of women age 75 or older take blood pressure medications.6

If you’re on blood pressure medications, check with your doctor. Tell him or her about the new study. It may be time to reassess whether you should take the drugs.

If you’re worried about your blood pressure, there’s something else you should know…

Something strange was happening to pilots training to fly F-16 fighter jets.

The ones who went into the program with elevated blood pressure were coming out a few weeks later with normal readings. They hadn’t taken any medications. Their diets hadn’t changed. They hadn’t made any changes to their exercise regimens.

Go HERE to discover their secret.