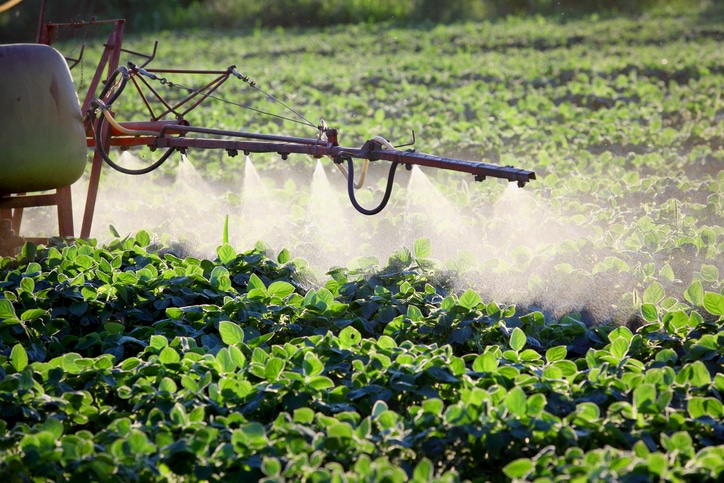 Big Agriculture has a problem. And they are making it your problem.

For decades, its most effective weed killer was a chemical made by Monsanto called Roundup. But weeds are becoming resistant to it. Roundup no longer kills many varieties.

So corporate farming operations are turning to a different chemical. It’s called paraquat.

You may have heard of it. It made headlines in the 1970s when the American government sprayed it on marijuana plants in Mexico. It led to concerns that paraquat-contaminated pot was being sold in the U.S.1

Recommended for You: “One Dose is Life-Changing for Some [Cancer] Patients”

…That’s according to Dr. Jeffrey Hergenrather. Thanks to this natural compound, hundreds of patients have been reported cured in the last year alone. In fact, one provider even reports a 96% cure rate for patients who added this therapy to their chemo and other treatments.

So why has the government banned this safe, potent cancer treatment? Discover the shocking reason HERE…as well as the legal loophole that lets you get your hands on it.

Another study published in the American Journal of Epidemiology found that people living in homes within 550 yards of a field sprayed with paraquat have a 75% higher Parkinson’s risk.

And a 2012 study found paraquat exposure raised the risk of Parkinson’s 11-fold in people with a genetic predisposition for the disease.4

In the 1980s, the herbicide was blamed for the deaths of American farm workers. So the EPA stepped in to lessen the dangers. But the steps it took were laughable…

It didn’t require reduced use of the toxic spray. Instead, it ordered that paraquat be dyed blue and given a horrible smell so users would know when they were being poisoned.5

Recently, the EPA issued a warning about paraquat’s link to Parkinson’s. But it hasn’t taken any other action.

Banned in Europe, Welcomed in America

Paraquat is banned in Europe and much of Asia. Even China says it is phasing out the use of the weed killer “to safeguard people’s lives.”

The U.S. gets most of its paraquat from the agrichemical giant Syngenta. The company makes the stuff in England. Although it’s illegal to spray paraquat in Europe, there’s no ban on manufacture. So the chemical is shipped to the U.S.

As Roundup becomes more ineffective, paraquat use is increasing every year. In 2016, more than 7 million pounds of paraquat were sprayed in the U.S. on 15 million acres.6

Protect Yourself from Paraquat

Paraquat is sprayed on more than 100 types of fruits and vegetables. Soybean farmers in particular use a lot of it. But the chemical is also sprayed on oranges, corn, almonds, rice, sugarcane, and many other crops.7

The best way to protect yourself is to buy organic. Organic fruits and vegetables are chemical-free, contain more nutrients, and are healthier for you than conventionally grown produce.

This is particularly important for six varieties of produce that often carry high levels of chemicals. They are strawberries, apples, nectarines, green beans, celery, and spinach.

One more thing… Make sure you thoroughly rinse all produce before eating it. Simply hold fruits and vegetables under running water while briskly rubbing the surfaces.