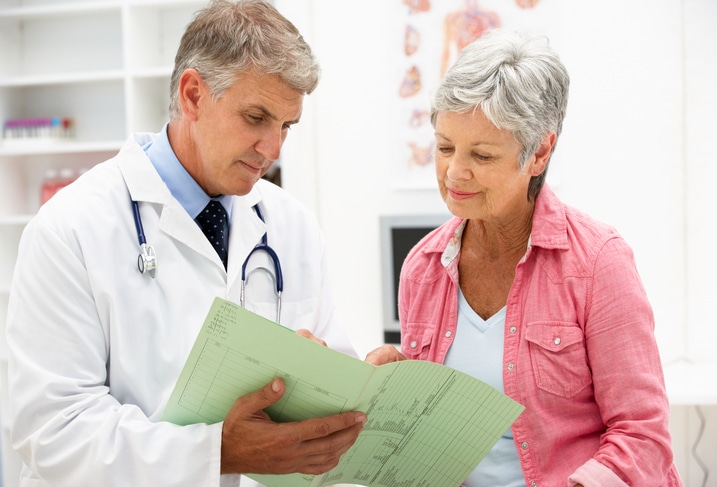 Here’s one of the biggest scandals in modern medicine: As many as 30% of the 5.3 million Americans told by doctors they have Alzheimer’s disease don’t actually have it.1

This means about 1.6 million people think they have an incurable, deadly disease that is destroying their brain…when in reality they may have an easily treatable condition from which they can make a full recovery.

How can this be? How can Alzheimer’s misdiagnosis be so rampant?

It’s because there is no definitive, widely available clinical test for Alzheimer’s. You can only tell for sure if a person has the disease by examining their brain after they die.

That means doctors must rely on symptoms to render a diagnosis. This is tricky and unreliable. More than 100 health conditions mimic Alzheimer’s disease.

Every Alzheimer’s Expert Has Been Fooled

It’s not just family doctors who misdiagnose Alzheimer’s. Even the world’s top brain authorities tell people they have the disease when they actually don’t.

Here are six conditions often misdiagnosed as Alzheimer’s. Each can be treated and cured, returning a person’s memory and cognition to normal.

Normal pressure hydrocephalus (NPH): It’s a buildup of fluid in the brain that causes mental confusion and deterioration of motor skills. The Hydrocephalus Association estimates about 700,000 seniors have the disease.3

The tragedy is that most of them are misdiagnosed. They may live impaired for years without anybody knowing that a simple treatment will bring them back to normal. They may even be sent to a nursing home. A relatively minor procedure to drain fluid from the brain usually ends the problem.4

B12 deficiency: As we age, it is more difficult for our bodies to absorb this crucial vitamin. Researchers estimate that up to 20% of people over 50 are B12 deficient. This can cause confusion, forgetfulness, personality changes, and balance problems that mimic Alzheimer’s. A simple blood test can detect B12 deficiency.5

Urinary tract infections (UTIs): UTIs in seniors can cause symptoms similar to Alzheimer’s disease. Often, the elderly don’t have the typical UTI symptoms of a high fever and pain or burning during urination.

Bacteria that cause UTIs can interfere with the brain’s signaling ability. This leads to delirium, dizziness, and even hallucinations.

One big difference between the cognitive symptoms of Alzheimer’s and UTIs is that Alzheimer’s comes on slowly. It takes years to progress. But the mental confusion of a UTI is sudden, coming on in just days.7

Thyroid disorders: The American Thyroid Association says that about 30 million people over age 50 have thyroid disease. Symptoms include forgetfulness, anxiety, depression, and general malaise. A simple blood test to measure hormone levels can diagnose the problem.8

Drug interactions: Prescription drugs can interact with each other and cause Alzheimer’s-like symptoms. Also, as we age, our bodies metabolize medications and supplements at a slower rate. This means that as we get older, drugs we tolerated when we were younger can start to cause mental issues.

Many seniors take multiple prescriptions from different doctors. Make sure your primary care physician knows all the medications you are on.9

If a loved one is told they have Alzheimer’s, don’t blindly accept it. Make sure other common causes of poor cognition are ruled out.

If you’re worried about Alzheimer’s, there’s something else you should know… The decades’ worth of research on this natural herb is impressive to say the least.

Go here to get all the details on this memory miracle.