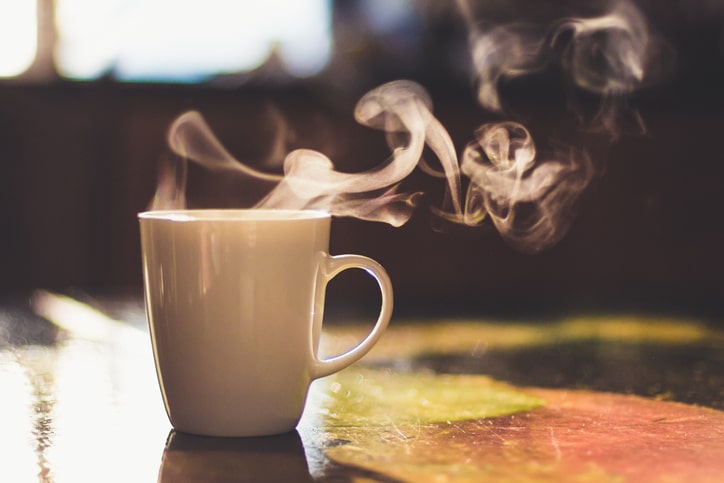 By now you’ve heard about the wide-ranging health benefits of coffee drinking.

Now, you can add another condition to the list…

Nearly a quarter of us suffer from an ugly and disturbing skin condition as we get older. It’s called rosacea.

Sufferers have redness and unsightly, visible blood vessels on the face. And the chronic condition comes with a stigma. It has traditionally been associated with alcoholism.

But the truth is, many people who never touch a drop of alcohol get it. Now, a major study shows drinking coffee may stop rosacea.

The meta-analysis was published in the journal JAMA Dermatology. Researchers looked at data on 82,737 women. The subjects participated in a large health study from 1991 to 2005. During that time, 4,945 of the subjects were diagnosed with rosacea.i

Doctors say as many as 22% of fair-skinned people will get rosacea.ii

The researchers found that people who drank four cups or more of coffee a day were 24% less likely to develop rosacea. The study found this link only with caffeinated coffee, not decaf.

Dr. Dendy Engelman is a New York-based dermatologist. While the exact cause of rosacea is unknown, she explains that it is triggered by “sun exposure, extreme temperatures, stress, alcohol, spicy foods, and other” factors.

The triggers cause blood vessels near the surface of the skin to dilate. “Since caffeine constricts blood vessels, it can be a fix for those with rosacea,” Dr. Engelman said.

Mainstream doctors often prescribe metronidazole for rosacea. It’s an antibiotic. Like many antibiotics, it destroys the good bacteria in your gut that is vital for many bodily processes. And metronidazole often doesn’t work against rosacea.

In addition to coffee, here are five other natural ways to keep your skin clear:

If you go to your doctor and are diagnosed with rosacea, chances are your physician will give you a prescription for the antibiotic metronidazole. But it can cause side effects that can be even worse than rosacea. They include diarrhea, insomnia, depression, headaches, and mouth blisters.viii

Instead, tell your provider you want to try a natural solution first. Chances are it’ll clear your skin. And unlike an antibiotic, it won’t harm your overall health.

Never Do This With Your Coffee

The Tea That Is 10 Times Healthier Than Green Tea