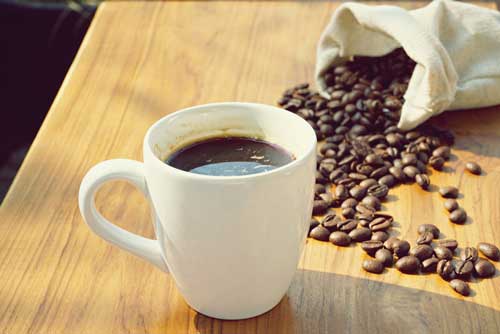 To put it mildly, coffee is a popular beverage. A recent survey found that 64% of Americans reported having had at least one cup the previous day.1

You might not find that surprising. But you might well be surprised by the number of remarkable health benefits contained in a mug of joe.

A recent study found that coffee lovers face a lower risk of the most dangerous type of artery blockages.

Researchers at the University of Sao Paulo’s School of Public Health surveyed 4,400 adults about their coffee habits. And they gave the subjects coronary artery calcium scans. This specialized X-ray looks for buildup of calcium-containing plaque in the heart’s arteries.2

The people in the study had an average age of 50 and were divided evenly between men and women. Most didn’t get much exercise and were overweight.

The researchers found that people who drank at least three cups of coffee a day were 63% less likely to have dangerous artery calcification compared to those who drank less coffee.3
Andreia Miranda is a postdoctoral candidate at the University of Sao Paulo. She is lead author of the study.

“We found that habitual consumption of more than three cups a day of coffee decreased odds of coronary calcification,” she said.

New research shows that coffee dramatically decreases the risk of Alzheimer’s and dementia.

The findings were presented at the European Union Geriatric Medicine Society’s Congress in Lisbon.

University of Wisconsin-Milwaukee scientists tracked the coffee drinking habits of over 6,000 women. They gave subjects annual cognitive tests for up to 10 years. Researchers found those who drank three to five cups of coffee a day lowered their risk of Alzheimer’s or other forms of dementia by up to 27%.4

Other coffee health benefits include…

What Type of Coffee is Healthiest?

A new study provides an answer…at least when it comes to dark vs. light roasts. It’s the first research to test different roasting methods on a cellular level.

Scientists from universities in Korea examined the effects of roasting on coffee’s antioxidant and anti-inflammatory properties.10

A coffee solution of each type of roast was introduced to mice cells. Then scientists observed its antioxidant and anti-inflammatory effects on the cells.

Light roast coffee had the most benefit, beating out medium roast by a few percentage points. City roast was about 10% less beneficial. And French roast dropped a substantial 25%.

But whether light or dark, choose organic coffee whenever you can…and skip sugar and artificial creamers.