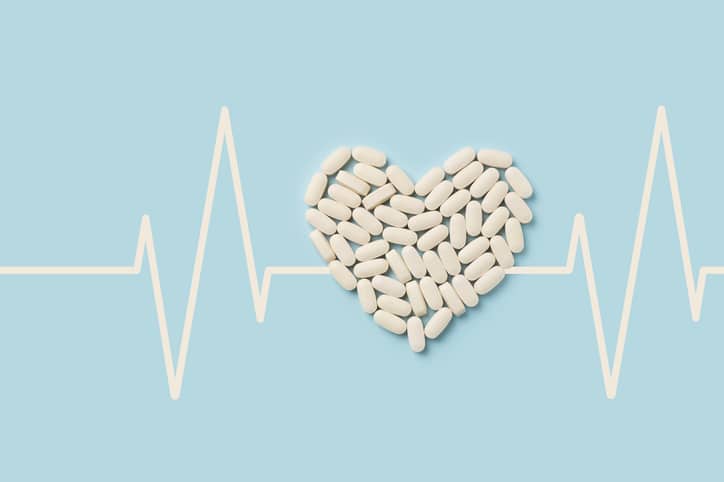 You’ve probably seen the recent headlines about how low-dose aspirin is no longer recommended for people who haven’t had a heart attack.i

This is a big change. For decades, doctors routinely told older patients to take daily aspirin if they had any heart risk factors.

Now the U.S. Preventive Services Task Force says the risk of bleeding caused by aspirin outweighs the heart benefit for people who haven’t had a heart attack. They recommend that heart attack survivors continue to take aspirin, but that other people should stop taking it.ii

However, suddenly quitting daily aspirin could be a mistake. A major study found that quitting cold turkey after years of taking aspirin can be dangerous.

It looked at 600,000 people who abruptly stopped taking low-dose aspirin. Their risk of a heart attack immediately jumped by nearly 30%.iii

The researchers speculate that this may be due to a clotting rebound effect. When the thinning effect of aspirin is suddenly removed, blood suddenly clots far more readily, which can cause an artery blockage.

The task force has said only that most people should not continue taking aspirin, but it has not offered any guidance on how to quit.

Use Alka-Seltzer to Slowly Taper Off Daily Aspirin

University of North Carolina pharmacy professor Joe Graedon suggests a gradual taper instead of quitting all at once.

The problem is that it can be hard to split baby aspirin. Graedon recommends using the fizzy indigestion remedy Alka-Seltzer.iv

Each tablet of Alka-Seltzer contains 325 mg of aspirin. If you put one tablet into eight ounces of water, each ounce will have about 40 mg of aspirin.

Start the tapering process by drinking two ounces a day, which will give you about the same amount of aspirin as your normal low-dose aspirin tablet (81 mg). After a few days, taper down to 1.5 ounces.

Continue to drink a half-ounce less every few days until you stop completely.

Remember to check with your doctor before you discontinue daily aspirin.

Don’t get rid of your aspirin. It can be a lifesaver if someone in your household has a heart attack.

When heart attack symptoms strike, as soon as possible have the person chew a standard 325 mg tablet of aspirin (or four low-dose aspirin) for 30 seconds. Then swallow it with about four ounces of water.

A study published in the American Journal of Cardiology found that this technique produces measurable anti-clotting benefits within five minutes.v