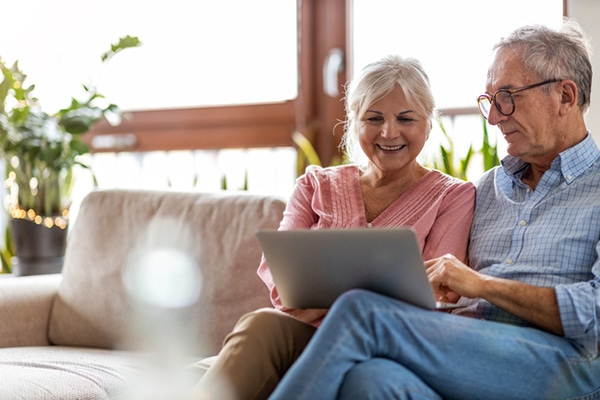 The internet comes under a lot of fire these days for causing all sorts of social ills, but a new study shows that it may be your brain’s best friend after you retire.i

Researchers in Europe found that people who regularly use the internet after they quit working score significantly higher on memory tests. Women, in particular, were found to benefit mentally by using the internet, the study found.

Scientists looked at the memory ability of 2,105 older people who had been retired since 2004.

The subjects were given word recall tests at least twice in the years after they stopped working. In the test, participants were shown a list of 10 words. They were then asked to recall the words immediately after looking at them, and then again five minutes later.

Internet Brain Gains: Use It or Lose It

The study also found that if you used a computer in your daily work life, it won’t help your memory after you retire if you don’t keep using the internet.

“We were able to discern that pre-retirement computer usage does not directly influence post-retirement cognitive decline,” said researcher Likun Mao of Trinity College Dublin. She is a co-author of the study, which was published in the Journal of Economic Behavior & Organization.

If you’re retired, don’t feel guilty for the time you spend online. It’s not wasted. You’re helping your brain get stronger.

The researchers’ next step is to find out which internet tasks are best at improving memory. They are planning to test whether using social media, shopping online, emailing, consuming news media, playing games, or other internet activities improve cognitive skills.

We’ll bring you the results as soon as they are released.