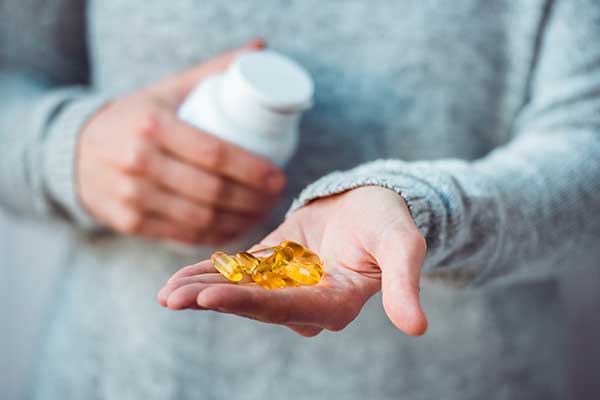 This is something that no Alzheimer’s drug has so far been able to achieve.ii

Researchers tested omega-3 supplements in a group of Alzheimer’s patients in Sweden. Half the patients took the supplements every morning and evening. The other half took a placebo.

The subjects took memory tests at the start of the study and again after six months. The placebo group had significant memory loss, as you would expect in people with Alzheimer’s.

But those who took the supplement maintained their memory ability.

There are six different prescription drugs now approved to treat Alzheimer’s. Just one them—aducanumab—has been shown to have any effect on memory loss. And that drug has such serious side effects (brain swelling) and the benefits are so marginal that many doctors refuse to prescribe it.iii

The authors of the new study noted that, unlike Alzheimer’s drugs, omega-3 supplements typically have no side effects.

The study was recently published in the Journal of Alzheimer’s Disease. It confirms the findings of a major 2018 study that looked at omega-3 intake in 23,688 people. It found that seniors who consume more fish experience less memory loss. Fish are the primary dietary source of omega-3s.iv

A 2016 study in the Journal of the American Medical Association found that eating fish may actually prevent Alzheimer’s. Moderate seafood consumption was linked to a lower risk of having Alzheimer’s.v

Professor Freund-Levi said that if you’re worried about Alzheimer’s, the sooner you start increasing your omega-3 intake the better.

“We know that starting early is by far the best thing,” she said. “It is difficult to influence the disease at a later stage.

“The best piece of advice we have to offer at the moment is to be physically active and include omega-3 in your diet—in the form of oily fish or as supplements. We can see the difference in the results of the memory tests.”