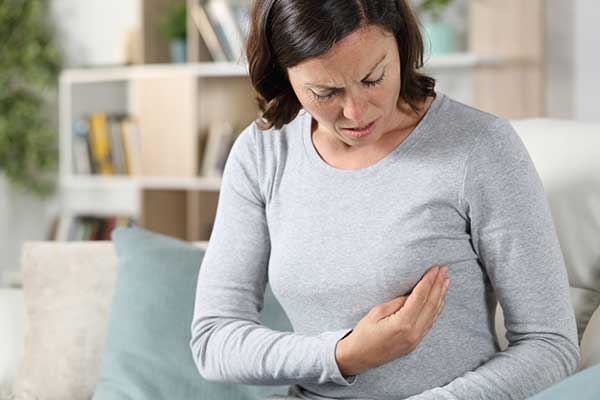 The standard treatments for breast cancer have largely remained the same for decades. They are chemotherapy, radiation, and/or surgery.

The side effects of any of the three can be devastating. Women may lose their hair. They may get so nauseated they can’t eat. They may become painfully thin. That’s just the beginning. And that’s on top of losing a breast to mastectomy.i ii

But what if simply taking a vitamin could prevent breast cancer?

Women wouldn’t have to go through the ordeal of breast cancer treatment because they wouldn’t get the disease.

That’s the promise of a remarkable study by Creighton University researchers. It looked at the health records of more than 5,000 women over age 55.iii

The scientists found a striking correlation…

Women with high levels of vitamin D were less than half as likely to get breast cancer as those with low levels.

More specifically, subjects with vitamin D blood levels over 60 ng/mL were 80% less likely to have had breast cancer than those with levels of 20 ng/mL or less.iv

Dr. Joan Lappe is a professor of nursing at Creighton University. She was the principal investigator.

“This study provides strong support that vitamin D plays an important role in breast cancer prevention,” she said. The study was published in the journal PlosONE.

The study is just one of several that show that vitamin D is a major factor in cancer prevention.

In a previous study, Dr. Lappe found that women could reduce their risk for all types of cancer by 35% by going from a moderate level of vitamin D (30 ng/mL) to a high level (55 ng/mL or higher).v vi

A study in Japan looked at cancer risk in over 30,000 people. It found that higher vitamin D levels were associated with a 20% lower chance of getting any type of cancer.vii

They found that liver cancer, in particular, was affected by vitamin D. People with higher levels cut their risk in half, according to the study.

Carole Baggerly is a breast cancer survivor. She is director of GrassrootsHealth, a group that sponsors cancer research.

She believes that having healthy levels of vitamin D is one of the best things you can do reduce your chances of getting cancer.

“Getting a vitamin D blood level to 60 ng/mL becomes the first priority for cancer prevention,” she said.viii

The next time you have a checkup, be sure to get a vitamin D test. It can be done along with your other blood work.

If your reading is less than 40 ng/mL, consider taking one or more of the following steps to increase your levels:

And make sure that your supplement is D3, not D2. Researchers have found that D3 increases your blood level of D twice as much as D2.

When it comes to breast cancer, Ben Franklin’s famous phrase from more than two centuries ago has never been more true: “An ounce of prevention is worth a pound of cure.”ix

What Every Man Needs to Know About Prostate Cancer