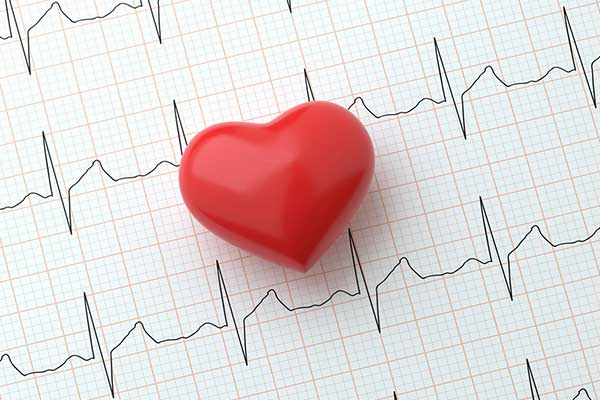 Nearly 3 million Americans have atrial fibrillation. It’s an irregular heartbeat that can cause fatigue, shortness of breath, and chest pain.

And it also greatly raises the chances you’ll have a stroke.

Mainstream doctors’ first-line treatment for AFib is drugs. They usually put their patients on a drug thinner like warfarin to lower their chances of stroke-causing blood clot. And they often give them on another drug such as amiodarone to regulate their heartbeat.

But both of these medications come with serious side effects.

Warfarin was originally a rat poison before drug companies began selling it as a blood thinner. It has been linked to kidney failure, dementia, internal bleeding, and ulcers. In fact, it is the leading cause of emergency room visits by the elderly. In some cases, blood thinners may actually increase the chance of the stroke.

Amiodarone has an FDA “black box” warning. This is the agency’s most serious warning. It can cause vision loss, and thyroid, lung, and liver problems.i

These drugs don’t actually cure the condition. They only reduce the symptoms. And patients typically stay on them for life.

But researchers have found there is a better way to control AFib. And it doesn’t involve drugs.ii

It is a relatively safe surgical procedure. It’s called radiofrequency ablation. And it does more than just reduce the symptoms. In most cases, it actually cures AFib.

Get Your Heart Back in Rhythm…Without Drugs

Here’s how it works…

A flexible tube is inserted into a blood vessel, usually in the groin. The cardiologist guides it into your heart. Once there, it uses radio waves to destroy the heart tissue responsible for the faulty electrical signals that are causing AFib.iii

Some patients stay in the hospital overnight. But others are able to go home the same day.

Researchers at University of California, Davis, recently completed the first major study that compared ablation to drug treatment. They followed more than 8,000 AFib patients for eight years between 2005 and 2013.

Half got ablation. The other half got drugs. In the first 30 days after treatment started, the groups’ death and stroke rate was about the same.

But over the long term, ablation patients did far better:

Dr. Uma Srivatsa is a professor of cardiovascular medicine at UC Davis Health. She led the study. Dr. Srivatsa said the study shows that ablation, not drugs, should be the treatment of choice for AFib.

“Our study shows that ablation may be considered as a primary treatment for everyone with the condition,” she said.

The study was published in the journal Circulation: Arrhythmia and Electrophysiology.

A later study at Yale University found that AFib patients who underwent ablation had a better quality of life than those taking drugs for the condition. This was not surprising since ablation patients don’t have to deal with the side effects of drugs.iv

How to Find the Right Cardiologist

Regular Health Watch readers know that we never recommend having a surgical procedure when you can avoid it. But in this case, the research shows that it is by far the lesser evil compared to a drugs.

If you are on drugs for AFib, talk to your doctor. Ablation not only can get you off dangerous medications, it can give you better results.

If you are being treated by a GP or general cardiologist, ask for a referral to a specialist. The doctor you want to see is called a cardiac electrophysiologist (EP). This is a cardiologist who specializes in the treatment of the electrical activity of the heart.v

Online research and online AFib groups are also good resources to check for recommendations. The non-profit website www.a-fib.com provides a list of online support, discussion groups, and doctors who specialize in AFib.vi

You’ll want to make sure your EP is a member of Fellows of the Heart Rhythm Society. It’s a professional group that sets training standards for its members.

The important question to ask your EP is this: How many ablations a year do you do?

At least 20 is preferable. More is better. When it comes to any kind of surgery, practice makes perfect.

Editor’s Note: One heart attack risk factor is 10 times more dangerous than cholesterol. But mainstream doctors don’t test for it. And statins actually make it worse.