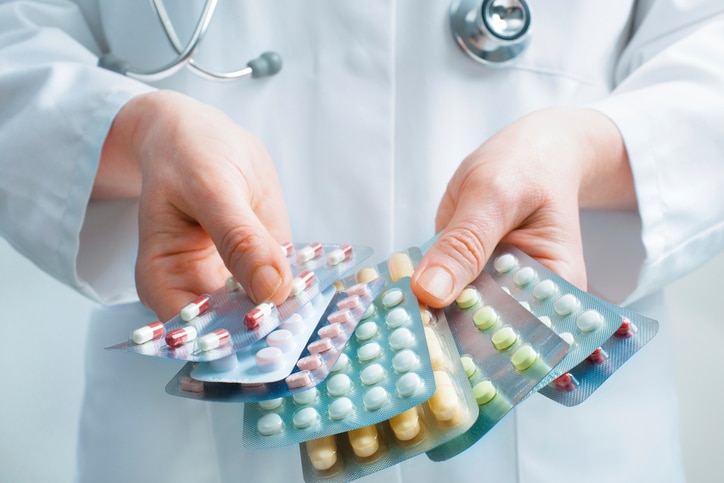 First Big Pharma sells us rat poison disguised as a blood thinner and says it won’t harm our bodies. Now they’ve topped even that.

Since the 1950s, doctors have prescribed warfarin, marketed as Coumadin, to control atrial fibrillation (AF).1

AF is a type of irregular heartbeat. It affects about 3 million Americans. It can lead to blood clots in the heart. The clots can break free and trigger a stroke. Warfarin is supposed to keep blood thin to prevent the clots from occurring.

More than 2 million Americans take warfarin. But it has been linked to internal bleeding, stomach ulcers, kidney failure, dementia, and chronic cough. It is the leading cause of emergency room visits by the elderly.

It is notoriously difficult to fine-tune the dosage of warfarin. Too much, and you suffer internal bleeding. Not enough, and you get blood clots. The right dose varies widely from one patient to the next. So patients on warfarin must be closely monitored.

Canadian researchers found that people who ate up to 30 grams of this seed each day lowered their systolic pressure by an average of fifteen points and diastolic dropped seven points.

Even the Mayo Clinic lists it as an alternative that “may lower blood pressure.”

But our research indicates there may be a way to get even better results than the study. For details, go HERE.

Another disturbing fact… Warfarin was first sold commercially in 1952. But it wasn’t used as a drug. It was sold as a rat poison.2

In 2010, doctors turned to two new drugs, Xarelto and Pradaxa, to control AF. They were hailed as a big advancement in safety.

Unlike warfarin, which reduces clotting by inhibiting the action of vitamin K in your bloodstream, these two drugs impede a substance in your body called Factor Xa, which also can create blood clots.

Xarelto and Pradaxa are in a class of drugs called direct-acting oral anticoagulants (DOACs). Dosing is easier. It doesn’t have to be personalized for each patient like warfarin.3

But now, more than seven years after they hit the market, we are finding out that DOACs carry grave risks. A large study shows that Xarelto and Pradaxa double the risk a patient will have a heart attack.

Researchers at Maastricht University Medical Center in the Netherlands studied six years of data from more than 30,000 patients with AF. Over 1,200 subjects were recent users of Xarelto and Pradaxa.

They found that patients on these two drugs were more than twice as likely to have a heart attack as those on warfarin.4

The study was published in the British Journal of Clinical Pharmacology.5

Despite the disturbing findings, doctors and drug companies continue to push Xarelto and Pradaxa.

Why? Perhaps it’s because there are no generic versions of the two medications… So they cost about 70 times more than warfarin. But then again, rat poison is cheap.6

Atrial fibrillation is a serious condition. Talk to your doctor about the medication you are taking for it. Discuss treating your AF with natural remedies that have no side effects. You may be able to reduce—or even eliminate—your prescription blood thinner.

If you’re worried about your heart health, there’s something else you should know… There are natural, safe, and effective ways to protect your heart.

Our researchers pinpointed one substance that can help decrease heart risk by up to 15% in just three months. If you want to protect your heart, I urge you to learn more now.