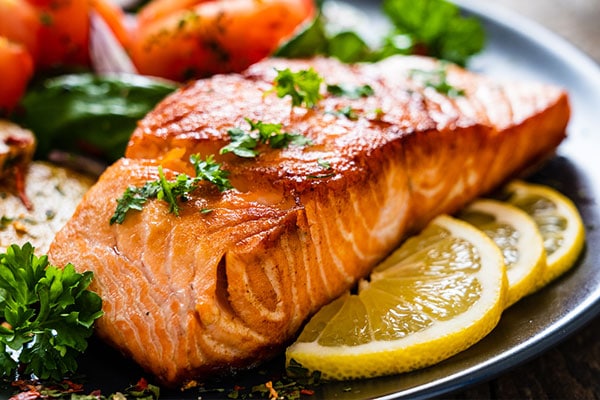 For centuries, fish has been known as “brain food.” And now researchers have discovered that it can prevent Parkinson’s disease, one of the most devastating illnesses of the brain.i

For the study to make sense, you need to know a bit about how proteins work in the brain…

Proteins are long chains of amino acids. They are absorbed into specific brain structures to carry out their function. But sometimes, they become tangled with other proteins. When that happens, it’s called “aggregation.”

Amyloids are linked to cognitive decline and Parkinson’s.ii iii

Scientists have long believed that fish prevents amyloid buildup. But they didn’t know which substance in fish was responsible or what the process was.

Researchers at Chalmers University of Technology in Sweden looked at a compound called parvalbumin. It’s not in any food besides fish.

Scientists found that parvalbumin collects something called alpha-synuclein. It’s a protein that forms amyloids. The study showed that by hoarding synuclein, parvalbumin prevents it from aggregating and producing the amyloids that lead to Parkinson’s.

“Parvalbumin collects up the ‘Parkinson’s protein’ and actually prevents it from aggregating,” she said.

Fish species highest in parvalbumin are:

The best time eat fish is in the late summer and fall, according to Nathalie Scheers. She’s an assistant professor who also worked on the parvalbumin study.

“Fish is normally a lot more nutritious at the end of summer because of increased metabolic activity,” she said. “Levels of parvalbumin are much higher in fish after they have had a lot sun. So it could be worthwhile to increase consumption during autumn.”

Although fish is generally very healthy, there are some types you should NEVER eat. They’re laden with mercury from water pollution. And others are farmed with dangerous chemicals and antibiotics.

5 Types of Seafood You Should Never Eat

Other fish to avoid due to mercury content are king mackerel, orange roughy, shark and tilefish. Steer clear of farmed eel. It often contains both polychlorinated biphenyls (PCBs) and mercury.

Fish—as long as you choose the right kind—is great for your brain and your overall health…especially this time of year.

Editor’s Note: Worried about your brain health? Discover the simple, at-home test that can help your doctor determine if you have Alzheimer’s disease. All it takes is a few minutes. Get all the details in our monthly journal, Independent Healing.