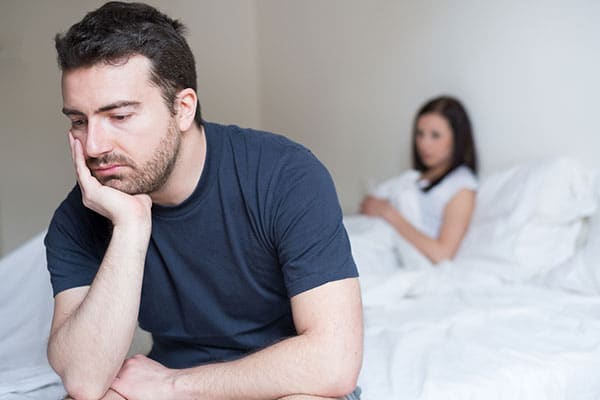 When we think of low testosterone, we often think of older guys who’ve lost their mojo.

They may have sexual problems. They may lack the energy of their younger days. And their muscle may have given way to flab.

But researchers at the University of Michigan have discovered that low T is far from a condition of aging. It hits younger and middle-aged men in surprisingly high numbers.

The study also reveals that low T is not just a lifestyle problem. It’s strongly linked to a wide range of serious chronic illnesses like diabetes, heart disease, and depression.i

The research is one of the largest ever population studies of testosterone deficiency. It included data on 2,161 men of all ages. The participants were part of the ongoing National Health and Nutrition Examination Survey.ii

The most striking finding was that low T is far more prevalent than believed. More than 30% of the men had testosterone below 300 ng/dL. That’s the minimum needed for good health, the researchers said.

Here are other noteworthy findings:

The study was published in the journal Scientific Reports.iii

Dr. Mark Peterson is an assistant professor of physical medicine and rehabilitation at the University of Michigan Medicine. He led the study.

The study did not look at the cause of the low T epidemic. But Dr. Peterson believes it is due at least in part to obesity and lack of exercise.

“A consequence of being obese and physically inactive is that men are seeing declines in testosterone at younger ages,” he said.iv

A testosterone test is a simple blood draw. You should have your doctor check your levels if you start to suffer from these symptoms:v

In addition to obesity and being sedentary, these lifestyle issues can drive down your testosterone:

A low-fat diet. Research shows that it only takes six weeks of reducing fat intake to lower your testosterone. Dropping the percentage of calories you get from fat from 40% to 25% can make you lose 15% of your testosterone.

Skipping sleep. Just a few consecutive nights of poor sleep can drop testosterone levels by up to 15%.

Too much alcohol. If you’re having more than two drinks a day, you’re helping your body convert testosterone into estrogen. That’s the female sex hormone.

If you have low T, you may not need to take prescription testosterone to get your levels higher. Two supplements have been shown to help men boost the amount of male hormone in their bodies:

Ashwagandha. Studies show this herb can increase testosterone production by almost 20% in a matter of weeks. It also decreases cortisol. So you aren’t just boosting testosterone… You’re also taming the hormone that steals it from you.vi

Longjack. This Indonesian root has been valued since ancient times for its natural anti-aging effects. And modern research shows it’s one of the best natural testosterone boosters.

A study in the Journal of the International Society of Sports Nutrition found that longjack increased testosterone among 32 men by an average of 37% in just four weeks. And like ashwagandha, it also caused a significant drop in cortisol.vii

If you have testosterone deficiency symptoms, there’s no reason to suffer. Talk to your doctor about getting tested. It could be the first step to a new you.

The Coronavirus Risk Factor Every Man Needs to Know About