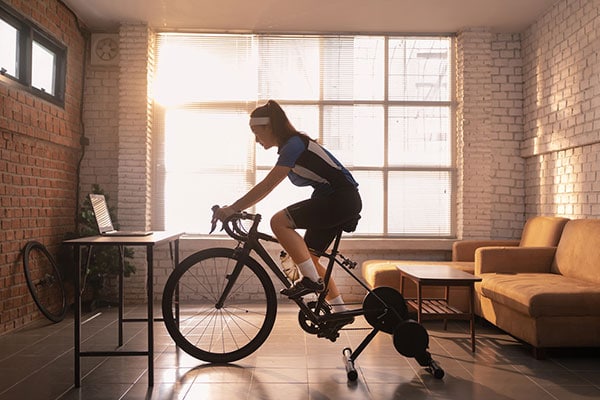 Americans spend over $10 billion a year on sports drinks. The manufacturers claim these products provide exercisers with superior hydration, performance, and recovery.i

But a fascinating study shows there may be a better alternative. It provides greater athletic benefits. And, unlike most sports drinks, it doesn’t sneak in loads of sugars and food dyes.

They gathered 20 competitive cyclists for the experiment. First, they took baseline blood samples. They analyzed the cyclists’ blood for markers of inflammation and over 100 metabolites. These molecules show how much stress the body’s cells are experiencing and can predict recovery time.ii

Then they divided the cyclists into three groups. All groups completed four grueling 47-mile bike rides over a two-day period.

Scientists retested the cyclists’ blood after each ride.

The cyclists who drank only water had higher levels of inflammation and more stressed metabolites than the other two groups. Their ride times were slower.

The sports drink group and banana/water group both had less inflammation, less-stressed metabolites, and they completed the rides in about the same time.iv

But the banana eaters got many additional benefits:

The study was published in the journal PLOS One.

Dr. David Nieman was the lead author on the study. He is a professor of health and exercise science and director of Appalachian State University’s Human Performance Laboratory.

“Consuming bananas with water during exercise has several advantages for athletes and fitness enthusiasts above those linked to regular sports drinks,” he said.

Many people think sports drinks are healthy. But what they don’t realize is that many of them are full of sugar. Gatorade and Powerade, for example, have 34 grams of sugar in each 20-ounce bottle.vi

That’s not much less than sugar-sweetened soda, which has about 38 grams of sugar per 12-ounce can.vii

And sports drinks often contain chemical dyes. Certain varieties of Gatorade, for example, have red 40 and blue 1. Red and blue dyes are both linked to tumors in animals.viii

Dr. Nieman said that the study results translate not just to cycling, but to any exercise.

He said: “Bananas come prepackaged with fiber, nutrients and antioxidants. This makes bananas close to the perfect athletic food.”

For your next workout, don’t forget your water bottle…and a banana.

The #1 Exercise for Seniors

9 Exercise Myths…and What Science Says About Staying in Shape