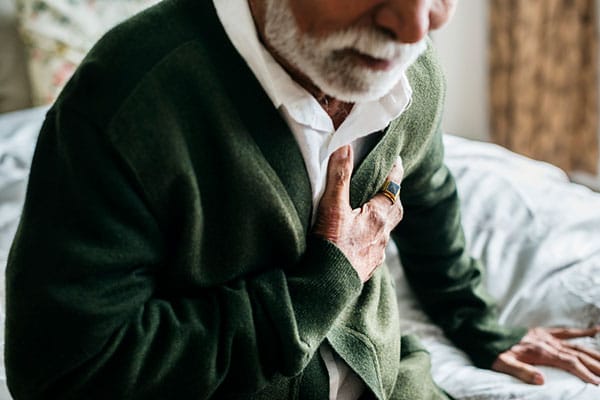 After recovering from a heart attack, many people want to take it easy.

Understandably, they are afraid to exert themselves for fear they could have another heart attack.

And if they do work out, they go easy.

A major study shows that this is not only the wrong strategy, it could be a deadly one.

Swedish researchers analyzed the link between physical activity and death rates after a heart attack. The study included over 22,000 patients who had a heart attack.i

The researchers gathered data on their physical activity starting at six to 10 weeks after the subjects’ heart attacks.

Scientists divided the participants into four groups based on how often they exercised:

Researchers followed the participants in all four groups for an average of four years after their heart attacks.

During the study, 1,087 (about 5%) of the subjects died. How often exercised was inversely linked to their chances of death. In other words, the more they exercised, the lower their risk of death.

Compared to subjects who did not exercise, the researchers found that the risk of death was:

Dr. Örjan Ekblom is an associate professor in physical activity at the Swedish School of Sport and Health Sciences in Stockholm. He was lead author of the study.

“Our study shows that patients can reduce their risk of death by becoming physically active after a heart attack,” he said.ii

The study was presented at the European Society of Cardiology meeting in Slovenia.

The Best Exercise for Your Heart

Dr. Ekblom said that the study did not investigate what type of exercise is best for heart patients. But an earlier study of heart disease patients found that one type of exercise “caused a reversal of decades of a sedentary lifestyle.”

It is called high-intensity interval training (HIIT). And you can apply it to just about any type of cardio exercise…a treadmill, bike, elliptical machine, stair climber, rowing machine, running, or swimming.

HIIT improves your aerobic capacity. This is the amount of oxygen that your body is able to use. It’s critical to your heart and overall health. Research shows that high aerobic capacity could be the best predictor of 10-year survival rates among heart patients.iii

The basic formula for HIIT is simple…

Warm up for three to five minutes in your chosen exercise.

Repeat this process five to seven times. Then cool down for at least two minutes.

The idea is to push your body as hard as you can for a brief burst, and then allow it to recover.

The entire workout can be as short as 20 minutes. It works best if you do it at least four times a week.

If you’ve had a heart attack, you need to understand that exercise is not risky—it’s a lifesaver.