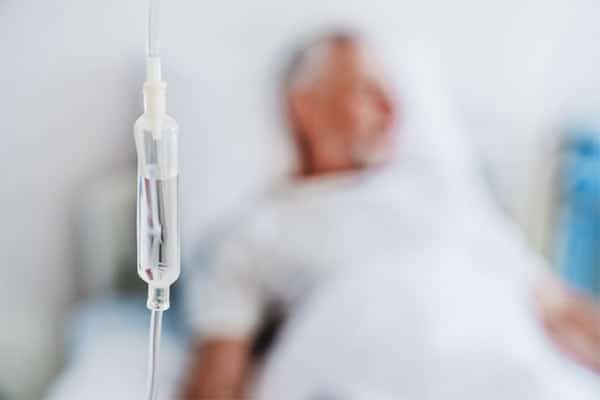 The new Alzheimer’s drug aducanumab does one thing really well…

It clears away amyloid brain plaque.

Unfortunately, clinical trials show there’s something else it doesn’t do very well at all…

So why did the FDA grant accelerated approval, making it the first new Alzheimer’s medication to hit the market in 18 years?

Because the agency and Big Pharma refuse to let go of the long-discredited “amyloid hypothesis.” This is the idea that protein deposits in the brain called amyloid plaque cause Alzheimer’s.i ii

Alzheimer’s Drug Development Is the Definition of Insanity

Dr. Raymond Tesi is a top Alzheimer’s researcher at the firm INmune Bio. He and other neurologists point out that study after study—both in animals and humans—show that reducing plaque does not effectively treat Alzheimer’s.iii

Researchers have found that many people have brains filled with amyloid plaque—yet they are mentally sharp without any Alzheimer’s symptoms whatsoever. What’s more, about 40% of people with Alzheimer’s have no brain plaque at all, according to one study.iv

Big Pharma and the FDA refuse to accept this reality, Dr. Tesi said. They continue the futile attempt to treat Alzheimer’s by removing amyloid plaque.

“If insanity is doing the same thing over and over again but expecting different results, then Alzheimer’s drug development has been insane,” said Dr. Tesi.v

He notes that other anti-amyloid medications—not just aducanumab—have also failed to show a benefit.

“One failed drug might be bad luck,” he said. “Two might be explained away. But after three or four it doesn’t take a medical scientist with a lot of letters after his name to conclude that amyloid is not the cause of Alzheimer’s disease.”

The FDA Hits a New Low

The FDA approved aducanumab even though its two main trials were stopped in 2019 because the drug did not work. This was true even though aducanumab was tested only in patients with mild Alzheimer’s.

But its manufacturer later reanalyzed the data and concluded that some patients in one arm of the trials seemed to show some modest benefits. Other trials did not show any improvement.

An outside advisory committee for the FDA disagreed with the drug maker. It ruled that the trials failed to show that aducanumab worked. And it expressed concerns about brain swelling and bleeding, side effects suffered by some patients on the drug.

Writing in The New York Times, the physicians said the agency had bowed to pressure from the drug industry and its lobbyists. Signing off on the medication was an “inexcusable decision,” they said.vi

“This might be the worst approval decision that the FDA has made that I can remember,” said Dr. Kesselheim.

Other committee members called the approval “indefensible” and “a mockery.” Three of them, including Dr. Kesselheim, resigned in protest from the FDA committee.vii

Despite the controversy and questionable benefits, aducanumab won’t come cheap. The price is $56,000 a year. And that’s just the beginning of the costs.

Since the drug requires monthly intravenous infusions, there will be added charges to administer the IVs. And regular MRIs are needed to make sure the medication is not causing brain swelling. Those will cost thousands more.

Medicare and private insurers have not yet decided if they will pay for aducanumab or the costs to administer it.

If you or a loved one has Alzheimer’s, you should be wary of aducanumab. It comes with significant risks and a massive price tag.

And worst of all, there is little evidence that its mechanism of action—removing amyloid brain plaque—does anything to improve brain function.