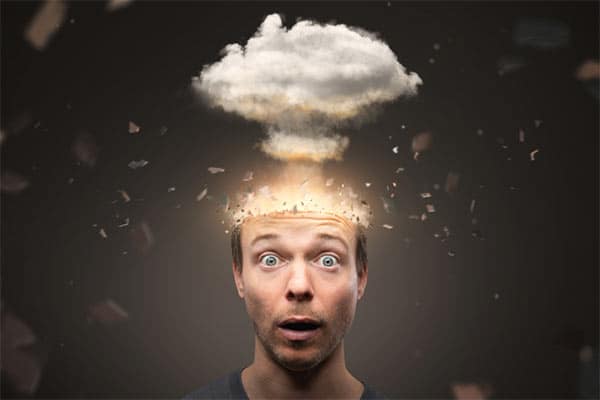 It’s long been known that having type 2 diabetes can affect your memory and thinking skills.

But what about non-diabetics? Can rising blood sugar damage your mental sharpness if your level is not high enough to make you a diabetic?

That’s the question a major study set out to answer. Researchers analyzed blood sugar levels and cognitive function in 5,189 people over a decade.

The average age of the subjects at the start of the study was 66. The researchers first determined each participant’s initial cognitive skills.

They gave the subjects tests for memory and word recall. The researchers also checked the subjects’ blood sugar levels using a test called the hemoglobin A1c (HbA1c). It is a standard screening for diabetes.i ii

Ten years later, at the end of the study, the researchers again tested the subjects’ cognitive abilities and blood sugar levels.

The scientists found that people with increasing HbA1c scores saw their brain function deteriorate over the years faster than those whose blood sugar levels remained stable. The higher the subjects’ blood sugar, the faster their cognitive decline. This was true whether or not subjects had diabetes.iii

The researchers concluded that there were “significant associations between HbA1c levels and long-term cognitive decline.”iv

Dr. Wuxiang Xie is an associate professor of epidemiology at the Peking University Health Science Center. He led the study.

He suggests that high blood sugar causes deterioration of brain areas involved in memory and cognitive functioning. The study was published in the journal Diabetologia.v

Sugar is far more dangerous than most people realize. Not only is it linked to memory loss and diabetes, but it’s also tied to a wide range of other serious conditions. They include heart disease, cancer, stroke, arthritis, and liver disease.vi

But there are foods that naturally control blood sugar levels. Eating them regularly will help keep your brain sharp and your body healthy.

We’ve long recommended a type of low-carb eating called the Paleo Diet. It can help keep your blood sugar in check. Not only that, but it helps reduce inflammation, maintain muscle, lowers cancer risk, and improves sleep.

Editor’s Note: If you have diabetes, you should know that some mainstream treatments can actually make it worse. To find out more, read our monthly journal Independent Healing. It’s your best source for evidence-based health advice. Go HERE to find out more.

Do This in the Morning to Control Blood Sugar