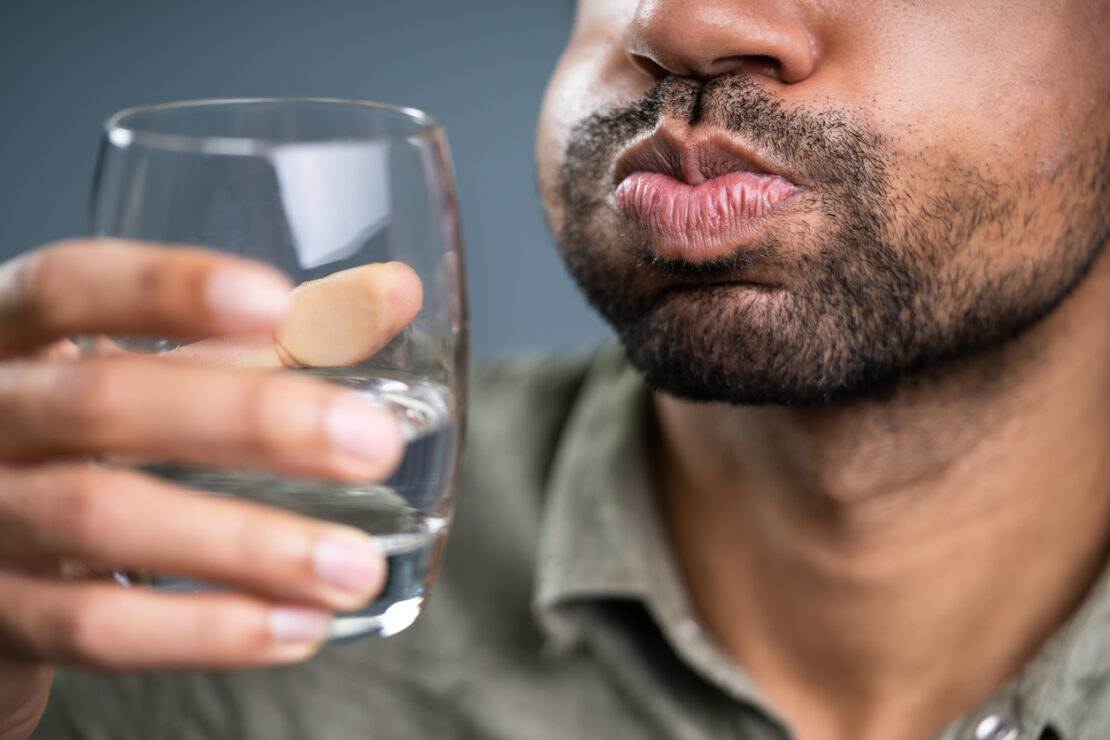 Mouthwash may kill the germs that cause bad breath…

But they also kill beneficial bacteria that prevent diabetes, according to a Harvard study.

The research shows that if you’re overweight, using mouthwash greatly increases your risk of type 2 diabetes.[1]

The scientists found that those who used commercial mouthwashes twice a day were 55% more likely to develop type 2 diabetes compared to those who did not use mouthwash at all. Those who used mouthwash once a day increased their risk by 20%.

“The indiscriminate routine use of antibacterial mouthwash products may cause more harm than good,” said the study authors.[2]

Dr. Kaumudi Joshipura is a professor of epidemiology at the Harvard School of Public Health. She led the study.

Commercial mouthwashes labeled “antibacterial” often contain chemicals such as cetylpyridium that wipe out virtually all bacteria in your mouth, Professor Joshipura said.

“Most of these antibacterial ingredients in mouthwash are not selective,” she said. “In other words, they do not target specific oral bacteria. Instead, these ingredients can act on a broad range of bacteria.”

When good bacteria in the mouth are killed, it has “a detrimental impact on diabetes control,” she added.

Professor Joshipura’s study was published in the journal Nitric Oxide.[3]

There is a natural antimicrobial that kills bad-breath germs without destroying your good bacteria.

Coconut oil not only gives you fresher breath, but it kills streptococcus and candida bacteria. They both cause tooth decay, gingivitis, and inflammation. These nasty bugs can end up in your cardiovascular system and lead to life-threatening infections. Candida is even linked to cancer.

Using coconut oil in place of mouthwash is called “oil-pulling.” Simply swish a tablespoon of unrefined coconut oil around your mouth for a few minutes. Then spit it out.

There’s an added bonus to using coconut oil. It whitens your teeth, too.

Another alternative is chemical-free mouthwashes. You can find them at health food stores and online.

These usually contain peppermint oil, tea tree oil, colloidal silver, black walnut hulls, or dragon tree sap. These are all safe ingredients that can give you the fresh breath you want…without the toxins you don’t want.

Editor’s Note: If you’re concerned about your blood sugar level, you should know that some mainstream diabetes treatments can actually make the condition worse. To find out more, read our monthly journal Independent Healing. It’s your best source for evidence-based health advice. Go HERE to find out more.