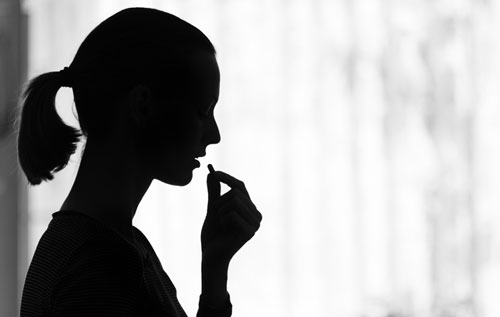 Unless they want to go through withdrawal, addicts must buy drugs. So Big Pharma actually has a financial incentive to foster drug dependency in its customers.

Lest you think they are above that, take a look at the current opioid crisis in the U.S. About 2.1 million Americans have become addicted to painkillers that drug companies claimed were perfectly safe. They made billions.[1]

And now 130 Americans die every day from overdoses.[2]

Now we’re seeing the same scenario play out with another type of medication. Some 30 million Americans take antidepressants.

Many users said they suffered severe withdrawal symptoms when trying to quit. Drug companies insisted these drugs were not addictive.

But new research confirms what antidepressant users have known for a long time… Antidepressants are physically addictive.

The study was published in The Journal of the American Osteopathic Association.[3]

It found that people who try to go off the drugs experience antidepressant discontinuation syndrome (ADS). The symptoms include:

People who take older, first-generation antidepressants (TCAs and MAOIs) often have even more severe symptoms. They may become catatonic or psychotic.

On top of all that, when you stop taking any kind of antidepressant, you run the risk of relapsing into depression and anxiety, and becoming suicidal.

A recent report from the CDC shows that a quarter of people taking antidepressants have been on them for 10 years or longer. That’s not surprising, considering how addictive they are.

The study’s lead author, Dr. Mireille Rizkalla, said antidepressants are “mind-altering drugs that were never intended as a permanent solution.”

Antidepressants can be lifesaving for people suffering from severe depression. But too often doctors prescribe them for conditions they were never meant to treat, like bereavement, student exam anxiety, insomnia, or pain.

Half of antidepressants are prescribed to people who aren’t depressed.[4]

Before you start an antidepressant, it’s important you know the risk. If your depression or anxiety is not severe or life threatening, try a natural remedy before going on an addictive antidepressant.

Don’t let Big Pharma turn you into a captive customer. Before taking an antidepressant, know the risks. And consider natural, non-addicting alternatives.

Big Pharma Is Destroying Your Microbiome