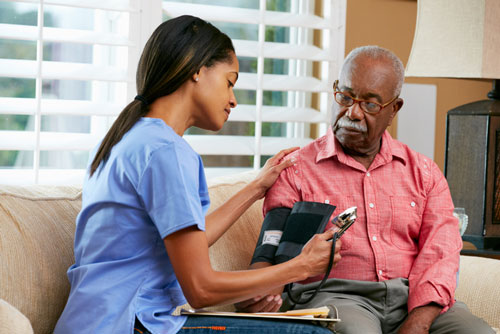 When it comes to prescription drugs, newer is not better.

An international panel of researchers conducted a study in which they looked at 946 new drugs approved after 2002. They concluded that 92% were less effective or worked about the same as older drugs.

Only 8% were an improvement on older drugs. Just two medications out of 946 were true breakthroughs.[i]

Newer drugs not only don’t work better, they are riskier.

A 2017 Yale University study looked at new drugs approved by the FDA over a 10-year period. There were 222 of them.[ii]

It found that 71 (32%) were taken off the market or required a safety warning about previously unknown risks. It took an average of 4.2 years after the drugs were approved for the safety issues to come to light.

Despite these findings, doctors often turn to the “latest, greatest” medications when they prescribe. This is especially the case when it comes to blood pressure drugs.

Hypertension medications are among the most-prescribed drugs. More than 70 million Americans take them.[iii]

There are dozens of different blood pressure medications, but just about all of them fit into these five classes of drugs:

Diuretics are “water pills.” They are among the oldest and most tested pharmaceuticals. They reduce blood pressure by reducing the amount of fluid in your body.

New research shows they are also the safest and most effective hypertension drug, even though doctors prescribe ACE inhibitors three times more often than they do diuretics.

The study was published in the journal The Lancet. Researchers analyzed health records from almost 5 million people taking blood pressure drugs. They found that those who took diuretics had 15% fewer strokes, heart attacks, and hospitalizations for heart failure than those taking ACE inhibitors—

The scientists estimated that more than 3,000 heart attacks suffered by people on ACE inhibitors wouldn’t have occurred if they had been on diuretics.

Another advantage to diuretics is that they are typically less expensive than other blood pressure medications.

If you need to take a blood pressure medication, a diuretic should be your first choice. Better yet, try to lower your blood pressure with any of these four natural methods. They may allow you to avoid taking drugs at all.

If you take a blood pressure drug, take it before you go to bed. A new study looked at data from 19,084 patients. Scientists discovered that people who took blood pressure meds before bed rather than in the morning saw their risk of death from heart or blood vessel problems reduced by 66%. And risk of stroke dropped by 49%.[vii]

Stomach Troubles? It Might Be Your Blood Pressure Med