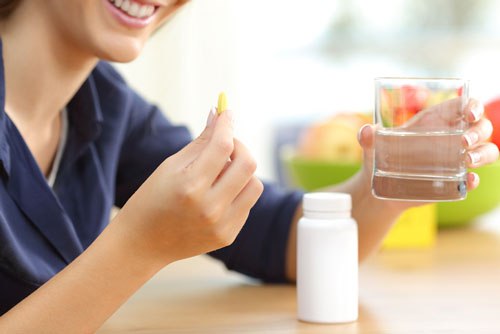 People suffering from depression often complain of stomach problems. It’s bad enough to suffer dark moods. But the complication of constipation can make it even worse.

Now a new study has found that the two conditions may have the same cause…low serotonin.

The research comes from Columbia University Irving Medical Center. It was led by Dr. Kara Gross Margolis. She explained that the gut “is often called the body’s ‘second brain.’” That’s because it uses many of the same neurotransmitters as the brain.[1]

Researchers studied mice that carry a genetic mutation linked to severe depression in humans. It also impairs the ability of neurons to make serotonin in the brain and the gut.[2]

Serotonin is a chemical that transmits messages between nerve cells. It has many functions. It helps in regulating mood, appetite, digestion, sexual desire, and sleep.[3]

The scientists found that lack of serotonin led to deterioration of the gut’s lining. It also slowed the process of moving food through the intestines.

In other words, the mice were constipated. They also had depression symptoms.

Research shows that about a third of depression sufferers have chronic constipation. Severe constipation can cause serious stomach pain. It leads to 2.5 million doctor visits and 100,000 hospitalizations in the U.S. each year.

Some antidepressant medications are known to cause constipation. But that side effect can’t explain all cases. The new research points to a serotonin deficit as the cause.

A New Way to Treat Constipation

The research team found that 5-HTP raised serotonin levels in the gut. It increased the number of neurons. And It alleviated constipation.

5-HTP is a supplement used to fight anxiety, sleep disorders, and depression. The researchers believe it could also help relieve depression-related constipation.

Some people experience nausea, stomach pain, and diarrhea when taking 5-HTP. To avoid those problems, experts recommend starting with a dose of 50 to 100 mg twice daily. Gradually raise the dose over a two-week period to up to 800 mg daily.[4]

5-HTP can interact in dangerous ways with some medications, especially antidepressants that increase serotonin production. You should consult with your doctor before using it.

Editor’s Note: Constipation is just one of many health problems we face as we get older. But it doesn’t have to be that way…

New research shows how the world’s oldest man found the secret to breaking the “Law of Mortality.” It allowed him to live to 112 while still driving, smoking cigars, and enjoying his girlfriend’s company.

Read about how he did it in Independent Healing.  It’s your trusted source for science-based health solutions.

The Simple, Non-Drug Fix for Constipation