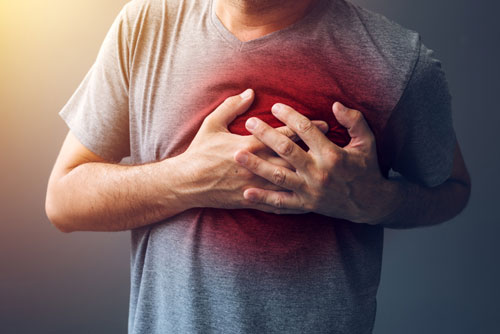 Proton pump inhibitors such as Prilosec are among the biggest selling medications in the U.S. More than 15 million Americans take them every year.1

Many people pop these pills daily to reduce stomach acid and fight the searing pain of heartburn.

We have warned you before about them. Studies showing that proton pump inhibitors (PPIs) bring on a wide range of serious side effects. They include osteoporosis, heart attacks, vitamin deficiencies, and kidney and liver problems. One recent study found that using PPIs for more than a year increases your chances of an early death by 51%.

Now, new research shows these medications are even more dangerous than we thought. It found that PPIs put you at risk for one of the deadliest diseases among seniors.2

More than 50,000 Americans die from pneumonia each year. Most are people over 65. A study in England points to PPIs as a factor in many of these deaths.3

Researchers at the University of Exeter looked at the statistical link between long-term PPI use for at least one year and the incidence of pneumonia in adults 60 and older.4

They followed 75,000 people, monitoring their drug intake and health.

They found that the people who had taken PPIs for a year had an 82% greater risk of developing pneumonia during the following year.

David Melzer is a professor of epidemiology and public health at the University of Exeter Medical School. He led the study.

“This study shows that there was a higher rate of pneumonia in older people who received PPIs,” he said. “Our study adds to growing evidence that PPIs are not quite as safe as previously thought.”5

The study was published in the Journal of the American Geriatrics Society.

About 40% of older adults take PPIs. They are available as either a prescription or over the counter. While Prilosec is the most common brand, others include Prevacid and Nexium.

If you take PPIs, even occasionally, you should stop. The evidence they will hurt you is overwhelming.

PPIs block an enzyme that produces acid. But there is a reason nature gave us stomach acid. It acts as the first line of defense in killing infection-causing germs in your stomach.

Once you destroy this barrier by using a PPI, your body is more vulnerable to diseases. Pneumonia and food poisoning are near the top of the list.

Stomach acid is also required to absorb crucial vitamins and minerals like vitamins B12 and C, and calcium, iron, and magnesium. Deficiencies of these vital nutrients can lead to osteoporosis, heart disease, and kidney and liver problems.

If you have been taking PPIs, talk to your doctor about slowly weaning yourself off them while switching to H2 blockers. These include Pepcid, Zantac, and Tagamet. They also have side effects. But they are less serious than those caused by PPIs. Common problems include dry skin and constipation.

Lifestyle changes might help you get off heartburn medications entirely:

Editor’s Note: We list several others in our special report, The Top 10 Dangerous Pharmaceutical Drugs—And Their Natural Alternatives. It’s an important read for you and your family. Why? Because millions of Americans taking these deadly pills. There’s a good chance someone you love is endangering his or her life. And they may have no clue.