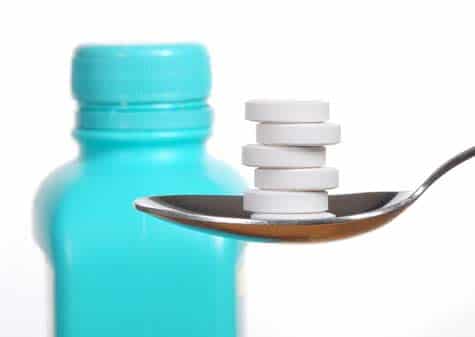 We’ve warned you for years about the dangers of proton pump inhibitors (like Prilosec, Prevacid, and Nexium) and other popular acid-suppressing medications for treating heartburn.

They expose you to a wide range of serious health problems, such as osteoporosis, heart attacks, kidney and liver problems, and vitamin deficiencies.

Now, a new study shows that the medications may be even more risky than anybody thought. It found that the drugs can kill you prematurely.

Researchers found that using PPIs for more than a year raises your chances of an early death by 51%.1

Scientists at Washington University School of Medicine in St. Louis followed 276,000 PPI users for five years. They found that the longer you take the drugs, the greater your risk of an early death.

If you take PPIs for three to six months, your chances of premature death jump 17%. That rose to 31% if you take them for six months to a year. After a year on PPIs, your risk goes up 51%.2

Dr. Ziyad Al-Aly is an assistant professor of medicine at Washington University. He led the study. He warned that many thousands of people could be dying needlessly because of PPI misuse.

Researchers calculated that for every 500 people taking PPIs for a year, one person dies who would not have otherwise. Since 15 million Americans take these drugs regularly, that means 30,000 people potentially die prematurely because of them.

The study recently was published in BMJ Open.3

Why You Need Stomach Acid

PPIs treat heartburn by blocking an enzyme that produces acid. But there’s a reason nature gave us stomach acid. It acts as a barrier to infection by killing germs in your stomach.

When you take PPIs, you are destroying your first line of defense against intestinal pathogens. One study found that PPI users have a four times greater risk of food poisoning.4

And stomach acid is required to extract nutrients from food. PPIs are associated with deficiencies of vitamin B12, vitamin C, calcium, iron, and magnesium.5

If you have been taking PPIs, talk to your doctor about switching to H2 blockers. These include Pepcid, Zantac, and Tagamet. Their side effects, such as dry skin and constipation, are less serious than those associated with PPIs.

Some people start taking PPIs as part of treatment for gastric ulcers. But the problem is that they remain on the drugs even after the ulcer is healed, which takes less than eight weeks, Dr. Al-Aly said.

They should wean themselves off the drugs as soon as possible. These lifestyle changes can help:

Drink plenty of water and other fluids. This helps your digestion, especially after a large meal.

Eat plenty of organic bananas, melons, and ginger. All three have been found to ease acid reflux.

And there’s something else you should know if you’re looking to improve your digestive health… If you’ve considered taking a probiotic supplement. You should know that most of them are useless. That’s because they are missing two crucial ingredients. Here’s what you need to know.