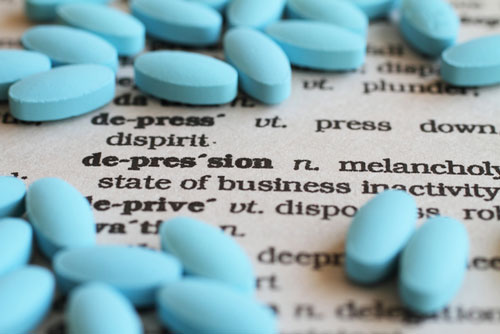 For people with major depression, antidepressants can be a lifesaver.  They can pull people from the brink of overwhelming despair.

But doctors too often prescribe these drugs for less serious problems. One study found that half of all people on antidepressants are not depressed at all.[1]

They walk into the doctor’s office with complaints like insomnia, anxiety, ADHD, or even headaches. And they walk out with an antidepressant prescription that won’t help their problem.

But then they find it impossible to quit the drugs.

The common wisdom is that patients can be weaned off of antidepressants in about a month. But a new analysis shows that’s wrong.

It found that it takes far longer, even up to four years, to quit.

The debate began when patients started reporting severe withdrawal symptoms. They included insomnia, anxiety, and weird sensations that felt like electrical jolts in the brain.

Mainstream doctors scoffed… In Britain, the Royal College of Psychiatrists indignantly insisted that the vast majority of patients have no such withdrawal symptoms. The American psychiatric community backed them up.

But the new research review found that study after study showed that quitting antidepressants can be extremely difficult.[2]

The research team found that it took some patients as long as four years to taper off. Doing this cut down the number of patients who suffered withdrawal to 6%.[4]

Dr. Mark Horowitz conducted the review, which was published in the journal The Lancet.

He said that doctors tend to think antidepressants act in a “linear” way…when “you reduce dosage by half, it reduces the effect in the brain by half.”

But it doesn’t work that way. As a result, “patients are being advised to come off way too quickly.”[5]

Take Antidepressants Only if Truly Necessary

If you have severe depression, an antidepressant might be the best treatment. But for less serious problems that aren’t life threatening or debilitating, stay away from them.

Once you start taking them, it can be very difficult to stop.