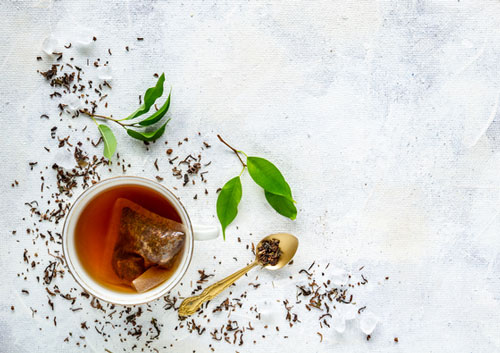 In the U.S., breast cancer is one of the most feared forms of cancer.[i]

We have pink ribbon campaigns, “runs for the cure,” and screening awareness programs to fight it.

In China, they have none of this. That’s because breast cancer isn’t nearly the threat it is here.

And this is true despite the fact that we have far better medical facilities and advanced treatment techniques than in China.

A new study may reveal the secret behind China’s low breast cancer rates.[iii]

It was led by Dr. Chunfa Huang. He and his colleagues treated six breast cancer cell lines with varying concentrations of tea extracts. These included dark, green, black, and oolong teas.

The researchers found that oolong and green tea inhibited the growth of breast cancer cells. Black and dark tea had no effect.

Green tea was already known to have anti-cancer properties. But the effects of other types of tea had not previously been much investigated.

The team also looked at annual cancer data from China. The country accounts for 38.6% of the world’s tea consumption, surpassing all other nations.[iv]

In China, people who drink oolong tea are half as likely to develop breast cancer. They are 68% less likely to die prematurely.

If you’re worried about cancer, make oolong or green tea part of your daily diet.

Drinking it hot or iced is equally beneficial. But skip the sweeteners.

If you’re not much for tea, EGCG supplements are another option. This is a polyphenol which is the active ingredient that provides green tea’s health benefits. EGCG is available widely online and in health food stores.

Editor’s Note: Independent Healing readers learned about the cancer kill code in the December issue. Activating the code, which is embedded inside the RNA of every cell in the human body, causes cancer to commit suicide. Get our exclusive cancer kill code protocol by subscribing HERE.

Never Do This With Your Tea
Drink Tea to Lose Weight Without Dieting
Arthritis Pain? Green Tea Extract Can Help