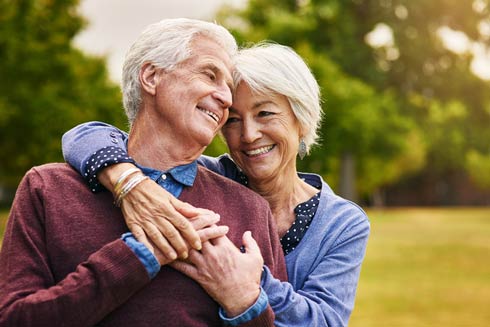 Does the idea of death frighten you? If so, you’re certainly not alone. A new study finds that most people are terrified of dying.

But the research also shows those fears might be overblown. It found that death is often described as an “unexpectedly positive” experience by those who approach it.1>

Researchers at the University of North Carolina analyzed the blogs of terminal patients and the last words of death-row inmates. The closer people got to death, the more positive their statements became.2

Professor Kurt Gray led the study. “When we imagine our emotions as we approach death, we think mostly of sadness and terror,” he said. “But it turns out dying is less sad and terrifying—and happier—than you think.”3

It’s strange to think that impending death could make people happy. But in many cases, it did, Professor Gray found.  “It was striking how positive” people were in their dying days, he said. “They made statements about feeling love, and even optimism about the future.”

Many said they were at peace. “I’m ready” was a common refrain.

Professor Gray said that something surprising happens in a person’s dying days. They become less focused on their impending end and pay more attention to others.

“What we found in the last words is that people really find meaning in death,” said Professor Gray. “They say ‘I’m going to meet the people I care about.’ Or ‘I’m going to do something for Jesus.’ They tell their family and friends they love them.”

The findings were published in the journal Psychological Science.

The study shows that doctors and family members should think twice about putting terminal patients on life support, Gray said.

“The medical system is geared toward avoiding death. But death is more positive than people expect. Meeting the grim reaper may not be as grim as it seems.”4