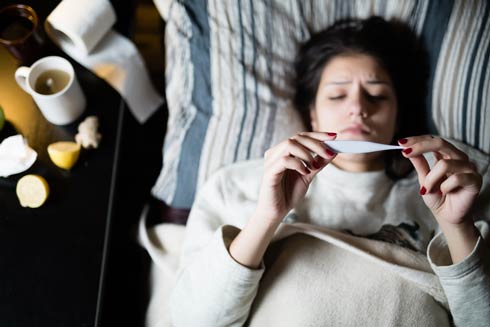 Australia is having a terrible flu season. They report double the number of cases compared to last season.

And the nation has suffered nearly twice as many flu deaths so far. The most severely affected groups have been seniors and children.1

Why should this matter to you?

Since Australia is in the Southern Hemisphere, its seasons are reversed from ours. Its worst flu months are during our summer. And the Australian flu season often predicts the severity of ours. It means this year, the United States could be in for a world of hurt.

Dr. Anthony Fauci is director of the U.S. National Institute of Allergy and Infectious Diseases.

“In general, we get in our season what the Southern Hemisphere got in the season immediately preceding us,” he says. “An ‘intelligent guess,’ therefore, is that the north will probably have a bad flu season.”

In the United States, this year’s flu vaccine formulation is “essentially identical” to what Australia is using now, Fauci says. And if past years are any indication, it’s a mistake to rely on the vaccine to protect you.

Last winter, the U.S. vaccine was only 42% effective. It was almost completely ineffective in seniors. And they are the ones who need it most. People 65 and older are hardest hit by the flu. They suffer the most deaths and hospitalizations.

Vaccines against other infectious diseases are not considered successful unless they are at least 90% effective. But over the last 10 years, the flu shot has had an average effectiveness rate of only 46%. In four of the last five seasons, the vaccine has been largely worthless for seniors.

What’s Really in the Flu Shot?

Not only is the flu shot a failure, it’s dangerous.

The CDC’s own website warns that there is a small risk of developing Guillain-Barré Syndrome. This disorder is caused by the immune system attacking the nervous system. It can be fatal.

But this just the beginning. The flu shot contains toxic ingredients that no one should ever put in their body:2 3

Many scientists and health experts blame flu vaccines for the rise in Alzheimer’s disease. Some estimates say that if a person receives the vaccine for more than three years in a row it increases the risk of the disease 10-fold.5

As if this weren’t alarming enough, a new study published in the journal Vaccine suggests a link between the flu vaccine and early miscarriages in pregnant women.6

The flu shot contains dangerous ingredients. And it’s largely ineffective. There are better ways to protect yourself:7
Use the sunshine vitamin. Research shows adequate vitamin D3 prevents the flu. And if you do get the flu, vitamin D3 can greatly reduce the severity. Take a 5,000 IU supplement daily during flu season.

Get more vitamin C. It’s a powerful immune booster that prevents contagious diseases from taking hold in your body. Studies show that a 3,000 mg daily supplement reduces cold and flu symptoms by 85%.

Wash your hands. You’ve heard it before, but it’s true… The most effective way to avoid the flu is to make sure the virus doesn’t come in contact with your mouth or nose. Our hands are the main culprit for introducing germs into our body. Wash your hands thoroughly and often during flu season. When you can’t get to a sink, use an alcohol-based (non-triclosan) hand sanitizer.