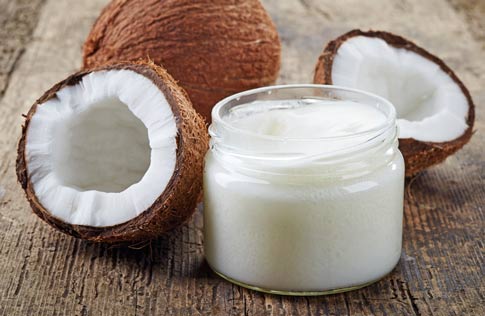 They’re at it again…

The American Heart Association (AHA) has released yet another warning about saturated fat.

They are spouting familiar lies you’ve heard for decades. The most dangerous? Reducing saturated fats will lower your risk of heart disease.

They’ve whipped up the recent anti-coconut oil hysteria in the mainstream media. Here are just a few of the headlines readers were bombarded with:

With headlines like that last one, it’s easy to see why most people would avoid coconut oil and other saturated fats… And with the claims coming from their roster of prestigious Harvard doctors, the AHA thought they had a public relations home run on their hands. And they do.

Unless, of course, you actually look at the science…

AHA Pseudo-Science Won’t Save Your Heart

And when you  close look at these studies—not just the AHA’s interpretation of them—you find they are so flawed they would be disqualified from a high school science fair.

One of the worst offenders is the 1969 Los Angeles VA Study.1

It looked at 850 elderly veterans who were divided into two groups. One ate a diet rich in saturated fats. The other swapped these out for polyunsaturated vegetable oils, like soybean, cottonseed, and corn. At the end of the study, there were 70 deaths among the saturated fat group and 48 in the polyunsaturated group. If that doesn’t seem like a huge difference…that’s because it isn’t. Even the AHA says so.

Buried in their new report, the AHA admits this is “not a statistically significant difference” (so how did it become the basis for a battle cry against coconut oil and other saturated fats?)…2

But here’s the real kicker… The study authors failed to disclose that there were twice as many smokers in the saturated fat group. That seems pretty important.

Even more important? The polyunsaturated group had double the cancer rate.

Cardiologist Dr. William Davis, author of the best-selling Wheat Belly book series, says the study is worthless. “The total effect [of cutting saturated fats] was nil,” he says. “The apparent heart benefit was illusory, a statistical anomaly and due to mismatched groups with regards to smoking.”3

Then there’s the Oslo Diet-Heart Study. It divided 412 subjects at high risk for heart disease into two groups. One went on a low-saturated, high-polyunsaturated fat diet. The other group stay on their normal diet.

But a critical detail never made it into the original study…

Why does this matter?

It confirms researchers tested more than one variable (fat and sugar intake). That’s a major “no-no” when it comes to study design. It invalidates the results.

It also means that any heart benefit cannot be attributed to fats alone. In fact, lower sugar consumption was likely responsible for the reduction in heart deaths.

Not long ago, Health Watch readers discovered how the sugar industry bribed top Harvard University researchers to name saturated fat—not sugar—as the main culprit in heart disease. (And, what a coincidence, this happened during the 1950s and 60s…about the same time as the studies mentioned above.) 6

A recent study in the Journal of the American Medical Association found that people with the highest sugar intake are up to four times more likely to suffer a heart attack.7

Where does this leave coconut oil?

About 90% of the fat in coconut oil is saturated. To the AHA, that makes it public enemy number one. But here’s what they aren’t telling you…

It has unique anti-inflammatory and antiviral effects that prevent inflammation and the formation of atherosclerotic plaque—two of the biggest culprits in heart disease.8

But keep in mind that not all saturated fats are created equal. Those from processed meats and junk foods will do far more harm than good.

Here are the healthful saturated fats we recommend:

And if you’re worried about heart health, there’s something else you need to know… This little-known test that detects heart disease quicker than the ones used in every doctor’s office across the country. Get all the details HERE.