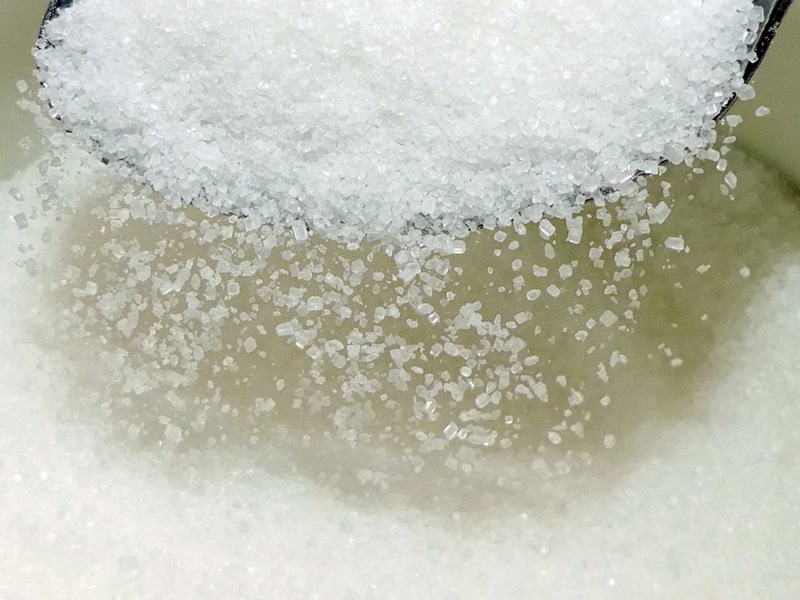 It sounds like something from a Michael Crichton novel. But it’s not.

It’s all part of Big Sugar’s shameless effort to pay off nutrition researchers to cover up the deadly health effects of its products.1

In the late 1950s and early ‘60s, there were two competing medical theories about the sudden rise in heart disease in America. Some doctors blamed sugar. Others linked it to saturated fats and cholesterol.

The sugar industry realized it faced huge revenue losses if its products were found to be unhealthy. In 1965, after several studies blamed sucrose (table sugar) for heart disease, Big Sugar hatched a plan to turn the tide.2 They called it Project 226.

They paid three top nutrition researchers at Harvard University to publish research papers that named saturated fat as the culprit for heart disease.3

In 1967, the now-deceased doctors published their work in the prestigious New England Journal of Medicine. It claimed that dietary cholesterol and saturated fats in meats, butter, and eggs were the primary drivers of heart disease. The paper deflected attention from the role of sugar.

Recommended for You: The “miracle mineral” that brightens your mood…quiets carbohydrate cravings…

…And supports healthy cholesterol levels as a bonus! Experts from the National Institutes of Health to the USDA agree: This trace mineral is essential for optimum blood sugar health.

Your body needs it to help break down carbs, protein, and fat for energy. Without it you feel sluggish, like you’re drowning in brain fog, tired, unable to concentrate… Sound familiar? If so, go HERE now.

What nobody knew at the time is that the doctors had received thousands of dollars in secret payments from the Sugar Research Foundation. It’s the trade association for the sugar industry. Today it is known as the Sugar Association.

One of the scientists on Big Sugar’s payroll was Dr. Frederick Stare. He was the chair of Harvard’s Public Nutrition Department. Dr. Stare praised Coca-Cola as “a healthy between-meals snack.” And he recommended sugar as a good “quick energy food.”4

Big Sugar’s payoffs to researchers came to light recently thanks to the efforts of Dr. Cristin Kearns. She is a dentist and a post-doctoral scholar at the Institute for Health Policy Studies at the University of California San Francisco.5

Dr. Kerns started her investigation after she noticed that none of presentations at a conference on diabetes and dental disease seemed to be talking about reducing sugar.

“I thought this was very strange, and I was wondering whether the sugar industry had an influence,” she recalled.6

Simply by using Google, she was able to find damning documents that detail how the sugar industry paid medical researchers to support its interests.

The fact that the Harvard scientists published their sugar industry-sponsored findings in the New England Journal of Medicine made it extremely influential. Then as now, the NEJM was considered the world’s most prestigious medical journal. Family doctors quickly began telling patients to stop eating foods high in fat and cholesterol—and not to worry about sugar.8

At the time, the NEJM did not require researchers to disclose their funding. It started doing so in 1984.

Marian Nestle is a professor of nutrition at New York University. She wrote an editorial in JAMA Internal Medicine about the sugar payoffs. The faux science promoted by the sugar industry “is appalling,” she said because it likely contributed greatly to the current obesity crisis in the U.S. and the high incidence of heart disease.

Sugary drinks kill about 184,000 people a year, according to a study released last year by Tufts University.

Dr. Nestle points out that the deception by Big Sugar continues.

Coca-Cola last year provided millions of dollars to researchers who sought to downplay the link between sugary drinks and obesity. And in June the Associated Press reported that candy makers funded a study claiming that children who eat candy tend to weigh less than those who do not.9

That’s not all the mainstream is keeping from you when it comes to heart health… The screenings they give you could cost you your life by missing signs of serious cardiac problems.

Discover the little-known test that detects heart disease quicker than the ones used in every doctor’s office across the country… And how a natural “warrior extract” can treat it without causing dangerous side effects.