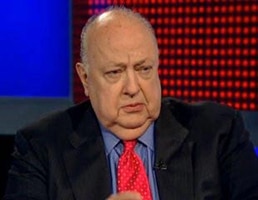 Roger Ailes’ official cause of death was listed as “complication of a subdural hematoma.” This is bleeding inside the skull that compresses brain tissue.1

But it was something else that ultimately took the life of the former Fox News chief. It’s often not recognized as a major killer…even though it is extremely common.

Every 11 seconds, a senior is treated for it in an emergency room.

Every 20 minutes, a senior dies of it.

It happens to one in four older Americans every year.2

Ailes, 77, died unexpectedly after an at-home fall. Accidental falls are the leading cause of fatal injuries among seniors, taking the lives of 25,500 every year.3

Ailes fell in his bathroom on May 10. He struck his head, which caused the brain bleeding that killed him. His condition was complicated by the fact that he was a hemophiliac.

Why Ailes fell isn’t known. He may have simply lost his balance and slipped. That’s what happens in most cases.

After Ailes fell, somebody at his Palm Beach, Fla., home called 911. The former TV executive was taken to a hospital for treatment. He reportedly fell into a coma and died eight days later.4

As we get older, it becomes easier to lose our balance. Muscle weakness, medications that cause dizziness, and impaired vision can all lead to injury-causing falls.

But there are two simple forms of exercise proven to prevent falls among seniors:

This ancient Chinese mind-body practice improves balance and muscle tone. One study tested tai chi in 256 seniors from 70 to 92 years old. They were split into two groups.

One group did tai chi sessions three days a week. The control group did stretching exercises. After six months, seniors in the tai chi group had suffered less than half the falls as the subjects who had done stretching.5

A large Australian study in 2014 showed that swimming greatly reduces the risk of falls. It looked at 1,700 men ages 70 and older. Researchers followed them for four years. During that time, subjects suffered nearly 2,700 falls.

Men who swam regularly were a third less likely to fall.6

In contrast, men who golfed, ran on a treadmill, or exercised on a stationary bike were no less likely to fall than men who didn’t exercise at all.

Getting older is often no picnic. But recent studies show that the symptoms of aging are just like any others. They can be treated or eliminated. Go here to discover specific ways you can stop the clock.